What is grounding and why is it so important

What is grounding and why is it so important

A grounding system consists of grounding conductors, which will connect all the items to be grounded. The grounding electrodes form the medium of contact with the body of earth and it may consist of a single or a combination of buried conductors. Grounding is an important factor in an electrical system proper grounding reduces overvoltages, improves uptime, and isolates faults and thus the grounding system provides protection for the electrical system and personnel who come in contact with the system.

How does grounding works

Grounding is a method to provide a return path for electrical potential from equipment which could be harmful to the equipment and to the person who operates it. Grounding can be accomplished by inserting a highly conductive metal conductor called metal conductor deep into the earth, the electrodes will be made from high-quality steel or copper

What is system grounding

It is the connection of the ground to the neutral points of the current-carrying conductors, such as the neutral point of a circuit, a transformer, or a system either solidly or with a current limiting device.

What is an earth electrode sub-system

What is a grounding grid

A grounding grid is composed of a number of rods that are joined together through copper conductors to reduce the overall grounding resistance, they are also known as earthing mats or earthing grids. Grounding grids are used in places where there is a chance to flow large fault currents through the system.

What is soil resistivity testing

It is the process of testing the soil to determine the conductivity of the soil, its result will be displayed by using an ohmmeter. This testing is needed for the grounding design

How grounding can be done for overhead transmission lines

Overhead transmission lines are provided with the overhead ground wires throughout their entire length, these wires are electrically bonded at each structure and they are also tied to the grounding system of the substation, so in case any fault occurs the connected station grounding system will decrease the magnitude of gradients near the tower bases. Overhead ground wires with proper mechanical strength will be located to shield the line conductors from the lightning strokes.

This type of grounding system connects the system neutral directly to the earth ground and this will ensure that the neutral voltage is equal to the ground and thus each individual phase to neutral voltage is fixed with a reference to the ground by the grounded neutral by doing this properly we can make sure that phase to ground overvoltages will not occur, the solidly grounded system must be done properly so it bonds the neutral ground at one point, if the grounding is not properly done it would create ground faults so during this fault a large amount of current will flow and it is needed to remove the source and it would affect the system reliability and load availability. 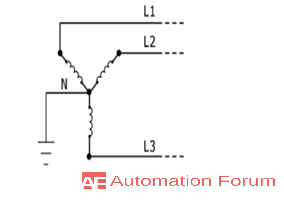 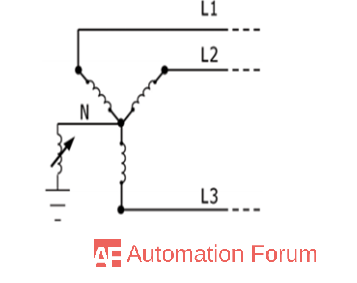 This type of grounding is used to reduce the damage which is caused by the high currents during the ground faults this system is used in medium voltage and low voltage systems. This type of grounding limits the ground-fault current to a high level in order to operate the protective fault clearing relays and current transformer. This grounding will help to clear the fault quickly within a few seconds.

It is similar to the low grounding resistor except that the neutral grounding resistor with a higher value is chosen for this type of grounding and it will reduce the ground fault current to lower values and there won’t be any need to trip. This type of grounding system is also used for detecting the ground faults and it will repair the faults quickly and it would increase the reliability. High resistance grounding is used in low voltage systems. This grounding system can be added to the ungrounded system

These are used for special cases to protect generators from internal ground faults it operates as a low resistance grounded system with a bypass device closed under normal condition, the bypass device will open if the fault is detected and the ground current is forced through and it will reduce the current 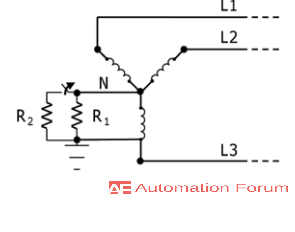 What are the advantages of grounding the electrical system