What is Gas Chromatography?

A Chromatographer consist functional components sample handling, the chromatographer oven and controller electronics. The analysis processing provides the component concentrations and the other calculated values through physical reports or interfaces to other devices. 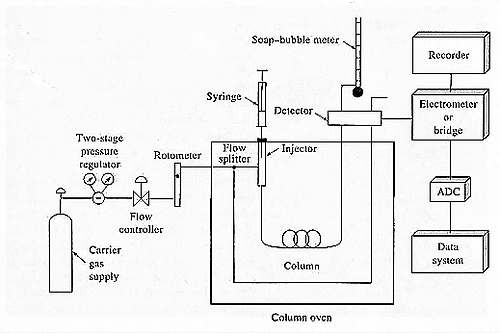 The left side of the block diagram carrier gas processing.

Carrier gases are usually inert gases which don’t react with the sample gas. Commonly used inert gases are helium, argon and carbon dioxide. The carrier gas is chosen dependent on the detector used.

The carrier gas is processed split into two paths one as the reference and other is sprayed and mixed with sample gas.

Commonly used injection method is the microsyringe with a rubber septum into a flash vaporizer port at the head of the column. The temperature at the sample injector is kept at 50-degree Celsius.

The sample is injected into the carrier gas and it is set to pass to the chromatograph oven.

Heavier the hydrocarbon used hotter the oven should be.

The reading is then converted to a recordable format.

A gas chromatography may look like as shown below. 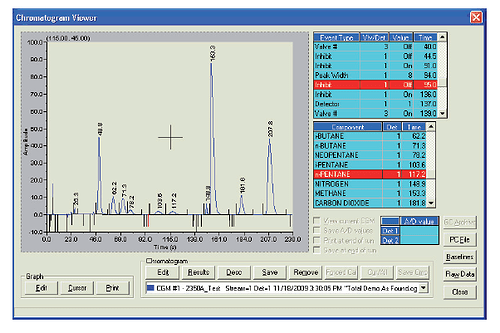