What is Fault Tolerant Ethernet (FTE)?

What is Fault Tolerance?

Fault tolerant computer systems are designed to assure business continuity and high availability by preventing disruptions caused by a single point of failure. As a result, fault tolerance solutions tend to concentrate on mission-critical applications or systems.

There are multiple levels of tolerance in fault-tolerant computing:

Fault Tolerant Ethernet (FTE) is supposed to enable immediate network redundancy. The dual network interface controllers link each node to a single LAN twice. When the primary route fails, the driver and the FTE-enabled components allow network communication to occur over an alternate route. Honeywell invented the FTE. 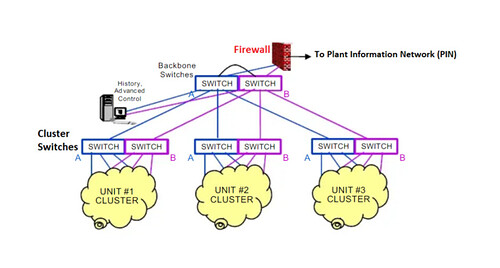 Because switches must direct traffic based on changes in network topology, redundant network connections place additional demands on infrastructure. Additionally, the switches must prevent “loops” in which network packets might become caught, resulting in increased network traffic. This means that if fault tolerance is necessary, controlled switches must be employed.

At Level 1, these nodes must communicate with devices such as the C300/C200 Experion Controllers.