What is DeviceNet ? Basics of DeviceNet

DeviceNet brings LAN technology down to the lowest level of the manufacturing enterprise on the shop floor.

Why is DeviceNet needed?

The PLCs are becoming more powerful by increasing the capablity of the number of the device can be connected, so the Conventional systems have racks of inputs and outputs with each I/O device wired back to the controller. 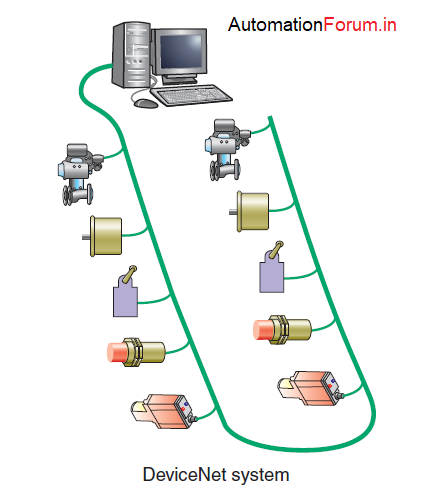 The DeviceNet protocol dramatically reduces costs by integrating all I/O devices on a 4-wire trunk network with data and power conductors in the same cable. This direct connectivity reduces costly and time-consuming wiring. 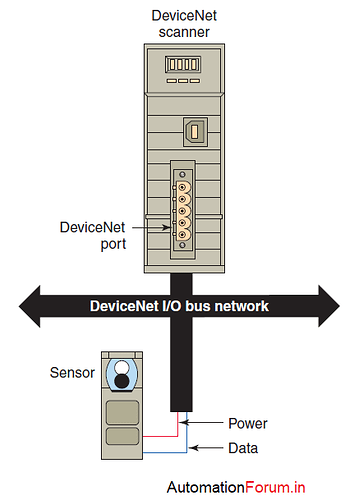 The basic function of a DeviceNet I/O bus network is to communicate information with, as well as supply power to, the field devices that are connected to the bus. The PLC drives the field devices directly with the use of a network scanner instead of I/O modules.

The scanner module communicates with the controller to exchange information which includes: 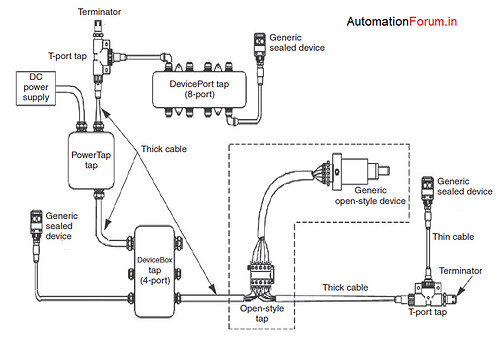