What is DDC(Direct Digital Control)?

DDC is an automatic control of conditions or processes by digital equipment (computers).

DDC has the following properties: 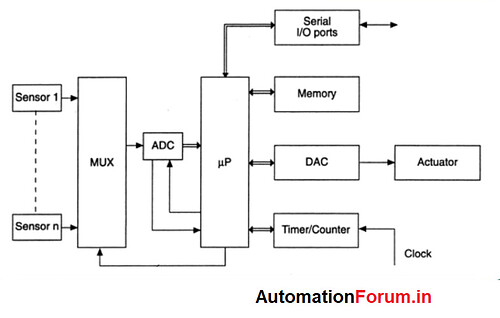 A microprocessor performs the following tasks:

The internal components of the Direct Digital Controller (DDC) are as follows:

This unit has two main functions, namely to change to the backup control system and for the alarm system in the control system. After detecting abnormal signal status from the computer, power supply, fans and cable connection, certain signals from computer A and computer B give a signal. Then the system can change automatically according to the logic transfer system and each alarm indicates the front panel of the unit. The selection of the control side of the computer can be done by pressing the “push” button on the front panel at STU. Each computer has an alternative button “CONTROL” and “STAND BY”.

CPU cards and PI / O cards are arranged in this chassis. Data for DDC (loop data) is given in the battery back up memory, so that after switching off the power source from the loop data from the maintenance device does not need to be transferred.

This unit functions to change two RS232C (Master and Slave) connection ports with remote operation. Both IDOL maintenance devices and DDC terminals can be connected to the computer board A computer and computer B through this unit.

Computer A and computer B are provided with interfaces for communication of maintenance devices and CRT monitors. Cables from IDOL maintenance devices and CPU terminals can be used to connect communication line connectors for computers A and B through RS232C change units. Control data is transmitted periodically from the operating side computer to another computer with a stand-by status via a DMA card.