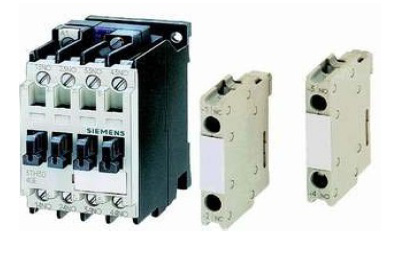 It is a cutting and control device generally driven by means of an electromagnet, designed to perform a large number of manoeuvres, in circuits with currents and powers that can reach relatively high values.

They can be controlled remotely by means of push-buttons or automatically by means of detectors such as thermostats, limit switches, buoy, etc., 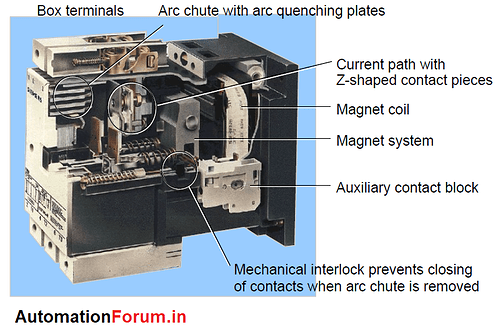 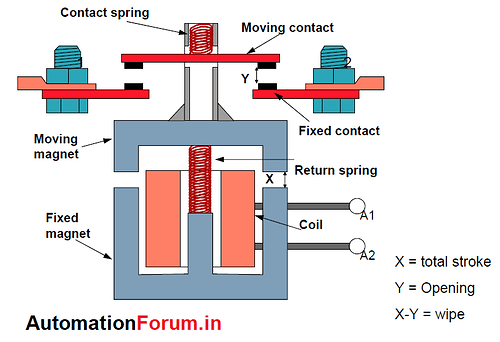 They are of 2 types:

As soon as the control circuit is closed (by pressing a push-button, for example), the current flows through the electromagnet coil of the contactor. This chain creates a magnetic field that will pull the entire structure up and overcome the force spring, causing the contacts fixed and moving contacts to touch.

Under these circumstances, the IO current can flow from the left (phase) to the right (charge/motor) and put the power circuit (motor) running.

As soon as we interrupt the control circuit (by pressing another push-button, for example), the current stops crossing the coil of the contactor electromagnet, which causes it to stop exerting force on the above structure and thus the force of the moving contact is pulled upwards and is no longer in contact with the terminals fixed contact, which causes the IO current to stop flowing and the load/motor is no longer fed and stops.