What is compensation in the control system?

A compensator is a control system component that regulates the operation of another system. Most of the time, this is accomplished by conditioning the system’s input or output. Compensators are divided into three categories: lag, lead, and lag-lead.

When a control system is tweaked to improve its performance, it may exhibit unexpected behavior (e.g., poor stability or even instability by increasing the gain value). To make the system behave as desired, it must be redesigned and a compensator, a device that compensates for the original system’s poor performance, must be added.

What are the types of compensation in the control system?

Series compensation is the process of connecting a compensating circuit between the error detector and the plants.

In feedback compensation. Compensators are used in a feedback manner

This is a system that generates the control signal by feeding the state variables back into the system via constant real gains. The system is known as state feedback.

A compensating network is one that makes adjustments to compensate for system flaws. Compensating devices can be electrical, mechanical, or hydraulic in nature. The most common type of electrical compensator is an RC filter. The lead, lag network is the most basic network used for the compensator.

The term “lead network” refers to a system with one pole and one dominating zero (the zero that is closer to the origin than all other zeros). If we want to compensate for a dominating zero in a control system, we must use the lead compensation network.

The phase lead network’s basic requirement is that all of the network’s poles and zeros must lie on the (-)ve real axis, interlacing each other with a zero at the origin of the nearest origin. 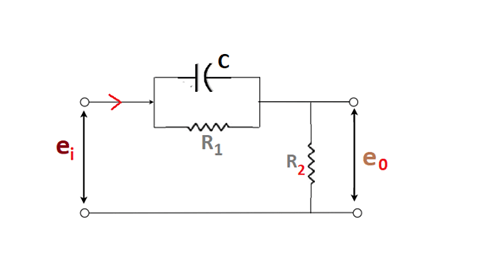 Steady-state error is not improved.

A phase lag network is a system that is a combination of one dominant pole and one zero (The dominating pole is the one that is closest to the origin of all the other poles). We must choose a lag compensation network if we want to add a dominating pole for compensation in a control system.

The phase lag network’s basic requirement is that all of the network’s poles and zeros must lie in the (-)ve real axis, interlacing each other with a pole located or the nearest to the origin.

The phase lag compensation network’s circuit diagram is shown below. 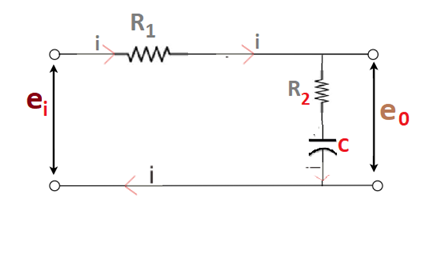 The system’s speed will decrease

Design specifications may not be met with a single lag or lead compensation. Lead compensation provides a quick response but not enough phase margin for an unbalanced system, whereas lag compensation stabilizes the system but does not provide enough bandwidth. As a result, multiple compensators in a cascade are required. 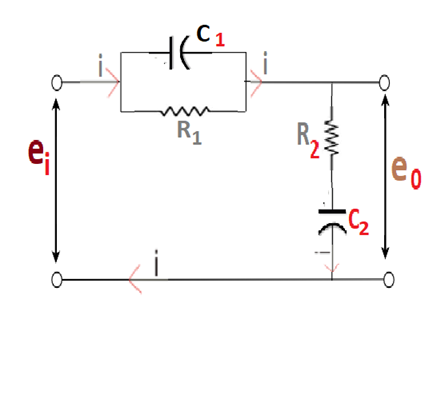 What is the need for compensation in the control system?

What is the need for a compensator in the control system?

The compensator is used in the control system to improve system dynamics, open-loop system characteristics, and stability.