What is Bench set?

What is the bench set?

The Bench set is determined by the spring rate of the actuator failsafe range spring(s). It is expressed for a given actuator (with its particular diaphragm area) by the actuator’s pneumatic “LOAD” pressure that opposes the range spring and gives the theoretical pressures at beginning of stroke and completion of the full stroke.

This is typically performed on the actuator before it is mounted onto the valve.

The bench set is expressed as the pressure range from the start of the actuator stroke to the nominal travel of the valve. Because the spring rates of the actuator are not very consistent, it is reasonable to assume that only one of the bench set points can be met and that the critical value should be the one adjusted.

For an air-to-open control valve with a 3 to 15 PSI signal range, the “bench set” pressure would be 3 PSI.

When bench set is needed?

Bench set is an important parameter to the control valve because it establishes the seating load of the valve plug against the seat when the valve is fully closed. 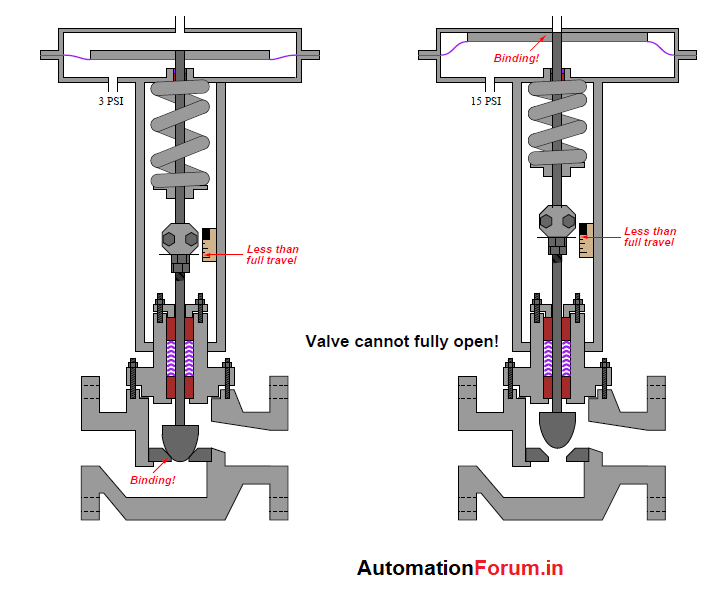 Look at the figure the valve can fully close but cannot be fully open. 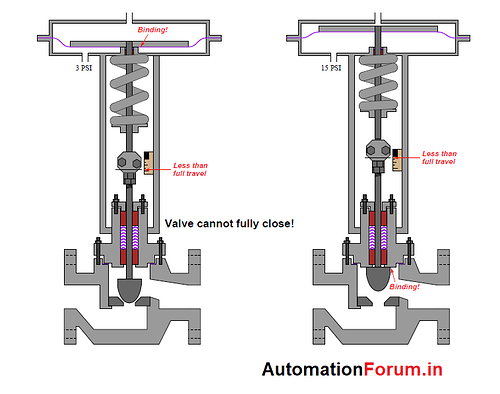