What is an ultrasonic sensor and how does it work

Ultrasonic sensors are devices that measure distance with the help of ultrasonic waves. These sensors are air intelligent sensors, that would use wave propagation phenomena in the air to measure physical or chemical variables. Ultrasonic sensors working are the same as the radar that would evaluate the target by checking the echoes from radio or sound waves. High-frequency sound waves are generated by ultrasonic sensors and it would evaluate the echo which is received at the receiver section. The distance of an object is measured by the time interval between sending and receiving the echoes. We can measure the wind speed and direction with this technology, it can also be useful to detect the fullness of a tank and speed through air or water. The amount of liquid in a tank can be measured by measuring the distance to the surface of the fluid with the help of sensors.

What is an ultrasonic sensor used for

Ultrasonic sensors can be used for proximity and distance measuring. These sensors can be used to measure wind speed and speed through air or water. Distance from an object can be used with help of ultrasonic sensor by transmitting the ultrasonic-waves into the air and it would detect the reflected waves from the object. Ultrasonic sensors are used in intrusion alarm systems, automatic door openers, and backup sensors for automobiles. These sensors are used in security systems for the detection of moving objects and they are also used in contact-less speed measurement equipment.

The working principle of the ultrasonic sensor is based on the reflection of sound waves and is used to detect the presence of a particular object in front of it, it works on the area above the frequency of sound waves from 40KHz -400Khz. The presence or absence of an object can be determined by the ultrasonic sensors by using the sound waves, so it won’t be affected by color or transparency. All of these properties make them suitable for a variety of problem-solving applications, such as long-range detection of clear glass and plastic as well as the distance measurement. Ultrasonic sensors have two units they are transmitter and receiver unit. 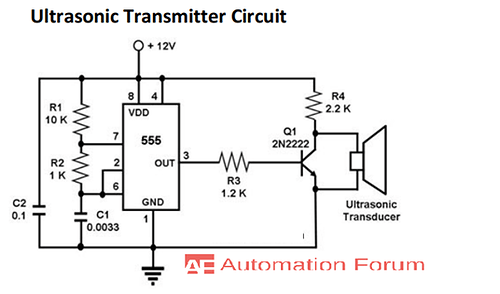 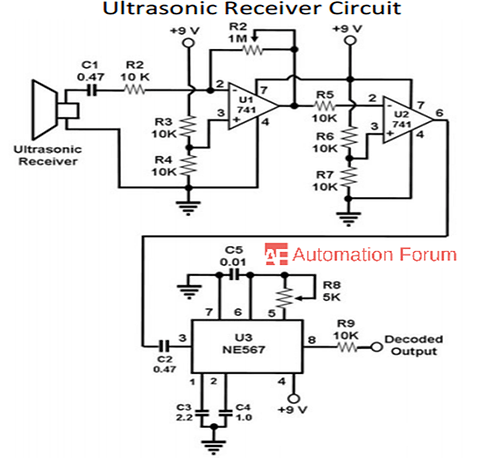 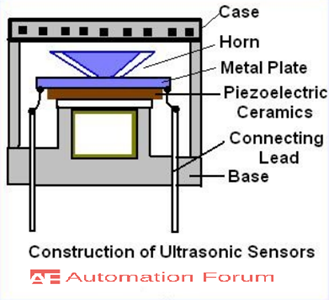 A wide variety of sensors are currently available in the market and they differ from one another in their mounting configurations, environmental sealing, and electronic features. Acoustically they operate at different frequencies and have different radiation patterns. The acoustic subtleties could have major effects on ultrasonic sensor operations and measurements being made with them.

Certain factors must be considered while choosing the sensor like, there would be a change in amplitude of the return echo according to the distance and size of the target and how could it influence the maximum target distance achieved by an ultrasonic sensor. The next one is the change in the sound radiation pattern of both the transducer and the sensor system, and how could it affect the target distance.

Why use ultrasonic sensing

What is ultrasound and what is the range of ultrasonic sensor

Ultrasound is the sound that is generated over the human hearing range typically 20Khz. The mostly used frequency range in ultrasonic nondestructive testing and thickness gaging is 100 Khz to 50 Mhz. The behavior of the ultrasound is similar to the normal sound and also has a shorter wavelength. So it can be reflected from very small surfaces. Ultrasonic sensors work on the area above the frequency of sound waves from 40-400 kHz.

What are the types of ultrasonic sensors

Ultrasonic diffuse proximity sensors use a special sonic transducer. Which would allow the transmission and reception of the sound-waves? The transducer emits a series of sonic pulses and listens for their return as the target reflects them. Once it receives the reflected signal the sensor signals output to a control device such as PLC. These sensors are capable to detect targets such as solids and liquids.

What are the advantages of ultrasonic sensor

What are the disadvantages of ultrasonic sensor

What are the applications of ultrasonic sensor