What is isolator and why isolator is used

The isolator is a type of switching device, it can be operated manually or automatically which separates a part of the electrical power. Isolators can be used to open a circuit under no load. The major purpose of an isolator is to isolate one portion of the circuit from the other and it won’t open while the current flows in the line. Mostly isolators are used in both ends of the breaker. There are isolation switches to isolate the circuits. These switches are used in industrial applications and distribution of electrical power etc. high voltage type isolation switches are used in the electrical substation to do the isolation of equipment like a transformer and circuit breaker. The disconnector switch is not used for circuit control instead of that they are used for isolation. The isolator is also called disconnector switch or disconnector it is a no-load switch that is designed to operate under no-load conditions. These devices are normally installed along with a circuit breaker, especially on the supply side of the circuit breaker. 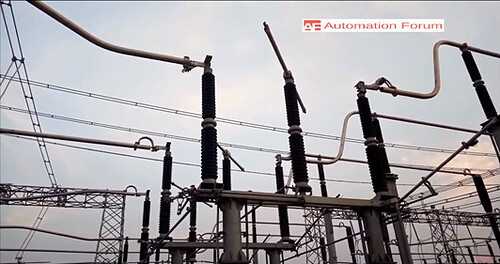 How does an isolator work

What are the types of electrical isolator

Isolators are classified according to the system requirements they are

In this type of isolator both the contacts at each side, connect and disconnect because of the forces of stress or tension. Mostly there is no locking mechanism and these are widely used in electric trains to obtain electricity from overhead transmission lines.

What are the constructional features of an isolator

Isolators are installed outdoor and they are offload type, earth switches are used in isolators. Contacts in isolators would be self-cleaning type, contacts and spring shall be designed so that readjustments in contact pressure shall not be needed throughout the life of an isolator. Contact spring must not carry electrical current. The next part is base, every single pole of the isolator must be provided with a complete galvanized steel base provided with holes and they are designed to be mounted on a supporting structure. All metal parts used must be of non-rusting types of non-corroding material.

What are the functions and requirements of an isolator

What are the applications of isolator