What is an expansion valve and what are its types

What is expansion valve and what does it do

What is a hand expansion valve

These valves are also known as throttling valves, this type of expansion valve consists of handwheel, valve seat and valve body. The handwheel in this valve is actuated so that it can vary the opening area of the valve seat to adjust the frictional resistance to the refrigerant flow. The hand expansion valve won’t be affected by the changes in the system.

What are the functions of expansion valves

How to select expansion valve

What are the types of expansion valves

Expansion valves can be divided into two categories

Capillary tube suits in this category which is merely a long tube with a narrow diameter bore.

What are the applications and advantages of automatic expansion valve

This valve can be considered as a throttling device that works automatically. It would maintain proper liquid flow according to the load on the evaporator. It can be used for any kind of dry expansion. These valves are operated automatically and have high efficiency. Due to these features, these valves are widely used. These valves are capable to keep the evaporator active. It can reduce the pressure of the liquid from condenser pressure to evaporator pressure. These valves can operate at varying pressure resulting from varying temperatures. The thermostatic expansion valve is build up around a thermostatic element separated from the valve body by a diaphragm.

This type of expansion valves are used in the large capacity refrigeration system and they are also used in flooded evaporators. This valve would open or close the valve according to the liquid level sensed by the float. The major function of a float valve is to stop the flow of water from an inlet supply line. If the water level rises then the float would rise too and if the water level reaches a specific level, the one-way valve would be activated and shut off the valve entry. Float valves are of two types they are low side float valve and high side float valve.

This device is mostly used as an expansion device in small vapor compression refrigeration systems. Such as household refrigerators and room air conditioners. In this system, the capillary tube is wound into coils for direct expansion. This device is very simple and it doesn’t have any moving parts and it is of low cost. 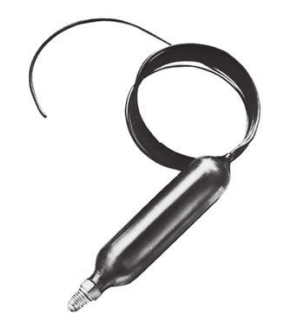 What is air conditioner expansion valve

What is an electronic expansion valve and how does it work

The electronic expansion valve can be considered as the improved version of the thermostatic expansion valve. These valves would allow the refrigeration system to operate very effectively. This device would bring down the condensing pressure to evaporating pressure and it also controls the refrigerant flow. An electronic expansion valve consists of a pulse motor that is controlled by a microprocessor. A needle for the opening and closing of the orifice. Spring is used for the backing force for the needle. The temperature sensor in this valve would detect the temperature and sends the data to the microprocessor and then it would calculate the flow of refrigerant and according to that, the valve opening is regulated.

How to install expansion valves