What is an Electrical Drive? What are the Types, Advantages, Disadvantages and Applications?

What is an Electrical Drive?

For motion control, it involves a complex electronic system or a combination of different systems. 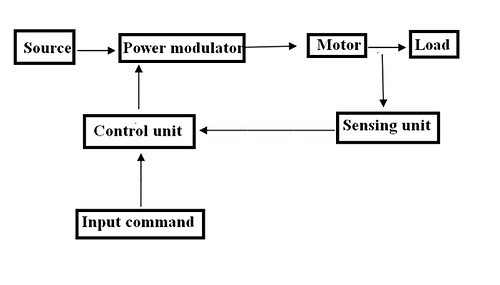 Major parts of electrical drives are

It understands certain drive parameters such as motor current and speed. This is mainly required for protection or closed-loop operation. 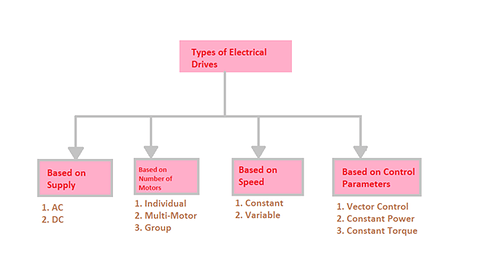 Electrical drives are classified into various types based on the following parameters. They are

Based on Power Supply

Based on power supply, drives are classified into two. They are

An AC drive is a device that changes the frequency of the power supply to an electric motor, such as a three-phase induction motor, to control its speed.

It is essentially the speed control system of a direct current electric motor that supplies voltage to the motor in order for it to operate at the required speed.

Based on Number of Motors

Based on the number of motors, electrical drives are classified into three. They are

Individual motor, will have a separate drive motor for different parts of a machine.

In Multi motor, special motors are provided to operate the various parts of a machine.

A single shaft connects the motor to other machines, which are connected to the shaft by belts and bolts. In this case, a single motor acts as a power source for two or more machines

Group drive is the cheapest among these.

There are two types available in this category. They are

It is used to cut down or reduce energy consumption.

Based on Control Parameters

There are three types available in this category. They are

Vector control is more accurate than any other type of variable frequency drive (VFD).

In this control mode, torque and speed are controlled using the pulse width modulation (PWM) techniques in the inverter.

They are used for AC synchronous and induction motors.

A constant power drive at that speed limit is when a motor’s armature carries a rated current and delivers constant power over a specific range of control.

The advantages of electrical drives are