A photometer is a device that can be used to measure the intensity of light. It can measure the electromagnetic radiation strength, the amount of light passes through the tube can be measured by the photometer. The photometer delivers a voltage signal to the display device mostly it would be a galvanometer. A photometer can measure absorption scattering and reflection of light, it can also measure illuminance, irradiance, fluorescence. 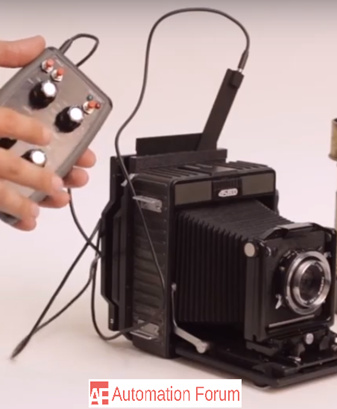 what is a lux meter

Who invented the photometer and what was the principle of photometer

The photometer was invented by ‘Dmitry lachinov’, the photometer which is a single beam photometer follows the lambert law. By following this law photometer can determine the concentration of an unknown sample, its working is based on the absorption of light by a reference sample and an unknown sample is to determine the value of unknown. In a single beam photometer, there will be a light source and an interference filter another item which is present in a single beam photometer is a cuvette it is used as a sample holder. Then there is a photocell that will act as a detector and the value will be displayed with the help of a galvanometer. There will be a lamp as a light source and the light source will be controlled by an intensity controller. The intensity of the light must be controlled to get a proper light source and it must remain the same until the completion of the process. The filter which is used would be a colored glass or colored solution. The detectors which are used in this photometer will be a photovoltaic or photo-emissive cell. The initial step of this photometer would be that the galvanometer is adjusted to read zero and the detector which is used would be darkened. The light from the source travels through the filter and then the solution after that it would reach the detector and the value will be displayed in the galvanometer.

What is the difference between spectrophotometer and photometer

What is the difference between colorimeter and spectrophotometer

A colorimeter can be used to measure the intensity of light and it is measured by transmitting the light through a sample at a selected wavelength. It can also measure the concentration of a solution by analyzing its color intensity. While the spectrophotometer measures the amount of light.

What is a flame photometer and how does it work

When a metal salt solution is burned it gives a colored flame, each metal ion gives a different colored flame. So the flame tests can be used to detect the presence or absence of metal ion. It can also be defined as a device that uses a flame emission spectrophotometer to measure the intensity and other properties of light. If an alkali metal salt is drawn into a non-luminous flame, it will ionize and emit the light of characteristic wavelength after absorbing energy from the flame as the excited atom decay to the unexcited ground state. The intensity of emission is proportional to the concentration of an element in the solution. A photocell detects the emitted light and converts it to a voltage that can be recorded.