What is a Lightning stroke 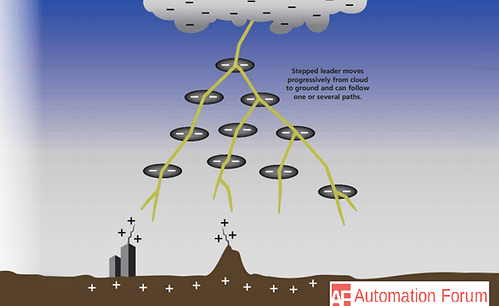 The surface moisture from the earth is evaporated by the sun and it will then be transformed into clouds gas and water vapor the presence of hot air will cause the cloud to rise, the gas will be transferred into solids/ice due to the low temperature and the heavy wind will cause the collision of solids and due to the friction caused by the collision it will create static electricity.

What is cold Lightning and Hot Lightning

Electromagnetic field effect due to lightning

During the lightning flash, a flash could appear in milliseconds and it will end quickly and then another one will occur so it is basically an on-off action this property does the electromagnetic field surrounding the strike to expand and collapse according to this on-off action.

This electromagnetic field motion can create an electrical current in nearby conductors, including wires and electrical equipment

Where would be the safest place during Lightning

Some people think that the safest place during lightning could be under a tree, but actually, it is the most dangerous place, the flow of electricity takes place where there is only least resistance the moisture inside the tree is a good conductor and it will provide a better path for lightning to reach the ground