What is a Lightning Arrester

It is a device which is used in electrical power systems to protect the insulation on the system from the damaging effect of lightning, in earlier day metal oxide varistors are used for power system protection. a lightning arrester has a high voltage terminal and ground terminal 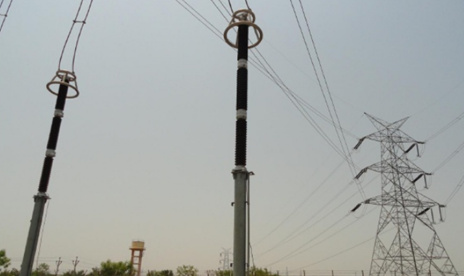 What exactly does a Lightning arrester do

Working of a Lightning arrester

In all the lightning arresters a Metal oxide varistor is used, the MOV is a semiconductor which is sensitive to voltage. At normal voltage, MOV disk is an insulator and will not conduct current, but in higher voltages which would be created by lightning or any surges it will become a conductor

While an electrical system is hit by a surge of electricity, it would seek to equalize and dissipate as quickly as possible and it will take the path of least resistance, and thus by using a resistor the electrical surge can be diverted from equipment insulation and then it will be channeled to the ground through grounding rods, so to do this the resistor uses a metal oxide varistor 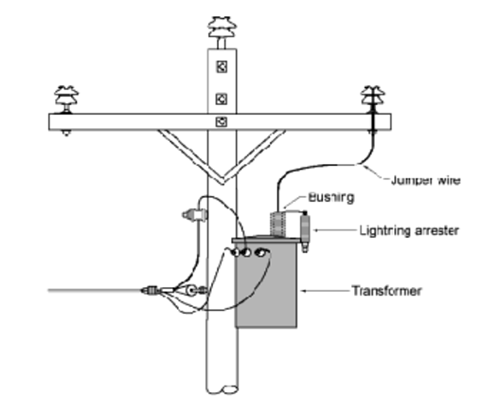 It is mostly used in an electrical power station or substations and other high voltage structures, this arrestor will protect against all types of overvoltages and lightning when the electrical devices have more current in the system than it is designed to handle. It is used to protect the equipment which is above 20mVA range

It is commonly used in transformers both dry type and liquid-filled. It is used in equipment which is rated at 1000KVA or less, it is used in exposed lines which have a direct connection to the rotating machines.

These type of lightning arrestors are designed to protect most homes and other buildings from lightning and are required by most electrical codes. This voltage causes high voltage overages to ground, and they won’t short all overvoltage by a surge, it only provides the least amount of protection

How to select a lightning arrestor

Ballast in lighting and what are the types of ballast
What is a transient voltage surge suppressor (TVSS) and what does it do
What does power quality mean and why power quality is so important
What is a switch-yard and sub-station? What is the purpose of a switch-yard and how are they different from a switch-gear
What is Electrical bonding and how is it useful for electrical system