DC to DC converters are very important in an electronic device, which is powered by batteries, such as laptops and mobile phones. All of these electronic devices are mostly have many sub-circuits, and all of that requires a certain voltage level other than that supplied by the battery. The voltage of the battery will reduce as its stored energy is nearly depleted, keeping it from outputting a constant voltage level. Multiple control voltage can be generated from a single battery voltage and this method was offered by DC to DC converters which would allow the user to save space, without using multiple batteries for different components of the equipment. DC converters are used in trolley cars, marine hoists, forklift trucks, and mine haulers, DC converters are also used in electric automobiles for their speed control and braking. DC to DC converters offers smooth control, high efficiency, fast response, and regeneration.

What are the types of DC to DC converter

This type of converter is mostly used when the voltage needs to be stepped up or down by a relatively small ratio and there won’t be any problem if the input and output don’t have any dielectric isolation. The major types of non-isolating converters are

Buck converter steps down the supplied DC voltage source and does the CCM operation. 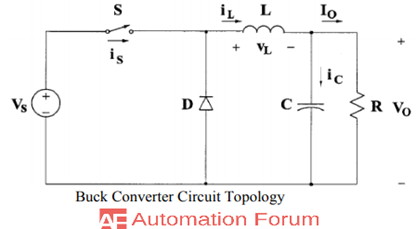 The buck converter function in two modes when the switch is on the input voltage forces the diode into reverse bias region and it won’t conduct. When the switch is turned off the circuit transfers mode to the equivalent circuit, at this time the diode becomes forward biased and the energy stored in the inductor will discharge through the load. The output voltage is stabilized by the capacitor, the effective voltage can be lowered by controlling the duty cycle of the switch.

The boost converter provides a higher output voltage than the input voltage.

This is the most versatile type of the DC-DC converter

Buck-boost converter is capable of, stepping up or stepping down the supply voltage according to the duty cycle of the switch. If the switch is on then the diode is polarized, during its off state the inductor magnetic field charges and current increases linearly. This will continue until the switch opens, and the inductor instantly switches polarity and draws current through the load and the diode as the inductor discharges linearly.

The other non-isolated converters are dependent upon the stored energy in the magnetic field of an inductor for their operation. A charge pump converter is a converter that operates by storing energy as the electric charge in a capacitor. This type of converters can be considered as a development from traditional voltage doubling and ‘voltage multiplying’ rectifier circuits. 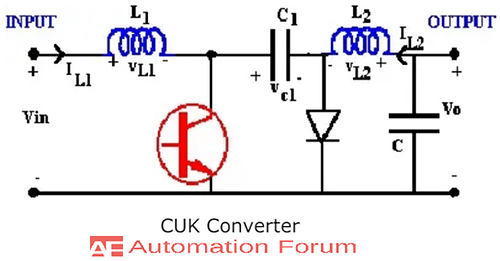 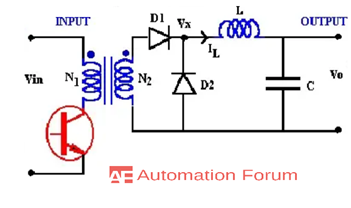