What is a boiler and what does an industrial boiler do? How can we do the combustion control in a boiler?

What is a boiler and boiler control system?

A boiler is used for many industrial applications, this device is capable to produce steam or vapor. The produced steam would be used for many purposes it is mostly used for turbine propulsion and also as a heating medium. A boiler can be considered as a vessel that has water and it can transfer heat from a fuel source into steam, the fuel source could be oil, gas, or coal. This produced steam is used for many industrial operations like it can be used to run production equipment or to provide heat. A boiler control system is used to transfer the energy into and out of the boiler is done. The boiler inputs will be fuel and the outputs are steam, radiation, blow-down. 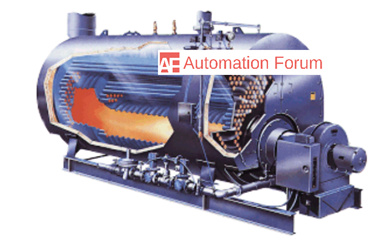 How does a boiler work?

A boiler would convert water into steam by using a fuel source and this steam will be used for many applications. The steam that is produced can be converted back to the water, if the steam is converted back to water then it is called a closed system. In certain cases the steam will be contaminated and we won’t be able to use it, so we won’t be able to transfer the converted steam into the boiler and this system is called an open system.

In order to control a boiler, we must regulate certain quantities such as

By the boiler control, we can maintain the proper mass flow balance of feed-water and steam flow, the firing raters, can be varied according to the plant’s steam requirement. We can ensure complete combustion while minimizing the excess air over the full operating range of the boiler.

In the industrial boiler control system, it utilizes certain control strategies they are

This would check the steam header pressure so that it can provide the load demand for the boiler.

This is the regulation of the water to the boiler drum, it would provide proper control for the steam production and feedwater entering the boiler. In order to achieve proper boiler operation, the level of water in the boiler must be maintained at a certain level, if this level is decreased then it would uncover boiler tubes and tubes would be overheated. The feed-water control would increase the response of the system, and also we can achieve accurate control and maximum system stability.

How to do a boiler combustion control?

Mostly to control the combustion automatic control system is used rather than manual control, we won’t able to control the combustion manually by using manual control. The automatic control system can maintain the fuel to air ratio to a furnace in a proper manner and also can maintain constant steam pressure. The combustion control would vary according to the fuel used, but for and the fuel used we must regulate certain aspects like air supply, fuel supply, the ratio of fuel to air, and flame safety.

There are two types of the combustion control systems and they are positioning and metering.

This type of combustion control is designed to control according to the change in steam pressure. The major components for this process are a master steam pressure controller, fuel control valve with cam for oil/gas or feed control drive for coal, combustion air fan inlet vanes/ outlet damper operator.

The components of this type of combustion control are almost the same as position type except, it has a fuel flow measuring device and airflow signal. The fuel-air ratio is controlled by a relay. It can adjust the fuel-air ratio. 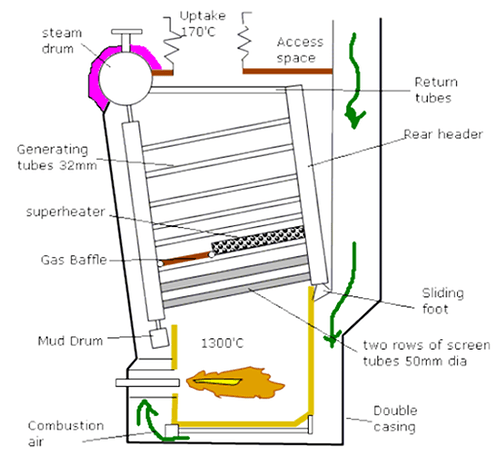 This is mostly used in small water tube boilers. If the pressure drops, fuel and air will be fed into the boiler at a determined rate until the pressure would reach its normal level.

This would respond to the changes in header pressure by positioning the forced draft damper and fuel valve to a predetermined alignment.

The system control is regulated according to the measured fuel and airflow. This would maintain the combustion efficiency for a wide load range and for a long period of time.

How can we calculate the boiler efficiency?

What are the requirements of a good boiler?

What are the disadvantages of boiler?

What are the applications of a boiler?