What is a Biometric access card and How does it work?

The biometric access card is an electronic security device that uses our body parts such as fingerprints, retina, iris, etc to control the access to the premises of the company. Biometric-contactless access control technologies are becoming increasingly popular in companies around the world. While contactless biometrics is gaining traction, many businesses are still unable to make the transition. The expense and infrastructure requirements of replacing RFID readers with biometric readers are the primary reasons. 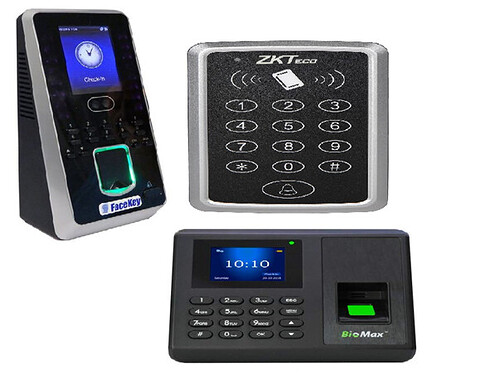 The new biometric system will function similarly to the existing RFID system. The sole difference is that while using the ID, cardholders must scan their fingerprints on the fingerprint sensor. Only if the fingerprint matches the template will the card transfer the credential required to gain access from the reader.

Biometric access cards work in the same way that biometric payment cards do. When the RFID card comes into contact with the RFID reader’s electromagnetic field, it will activate. The energy obtained from the electromagnetic field powers both the chip and the fingerprint sensor. The transfer of data to the RFID reader is triggered by valid fingerprint authentication, and access is granted.

The fingerprint template that is embedded in the card will never be removed. The fingerprint biometrics are only necessary to allow permission for your credential to be transferred from the card to the reader. This means that under no circumstances will the card transmit biometric data. The smart card, on the other hand, must include both physical and logical security features. Faraday cage implementation, light detection, attack detection, scrambled memory addressing, and other features are included. The ISO 15683 standard must be followed when creating the card.

In the realm of biometrics, a biometric technology, such as fingerprint identification, can be used for two types of access. There are two types of access entry: physical and logical. To unlock a door with the former, one can actually do away with the traditional key entirely. Controlling who or what has access to restricted areas is the goal of both physical and logical access control. However, logical access control is only used if a person’s identity has been confirmed. Based on the identity matching that was established before, access is granted or prohibited. Physical access control, on the other hand, restricts pedestrian traffic to certain buildings, rooms, and other tangible assets. This form of security also keeps track of who enters and exits restricted areas. Physical access control systems are being used by a growing number of major and small businesses.