What are the types of Insulators used in Transmission lines? properties of insulating material

What is an Electrical insulator

Electrical insulators have a very high resistive path through which current flow is not possible. It is mostly used in the electrical system to avoid the unwanted flow of the current to the earth from its supporting points such as towers and poles. The poles and towers must be properly grounded, so insulators are used between the towers and poles and in current carrying conductors in order to prevent the flow of current from conductor to earth. 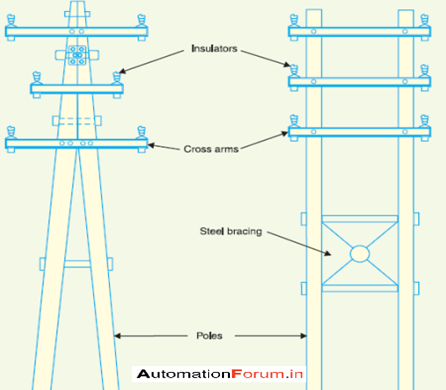 What are the Functions of an insulator

The insulator which supports the conducting line in case of compression is known as pin and post type. the name pin is derived from its constructional design, it is used for lower voltage transmission which ranges up to 33KV. It is mostly used for straight running transmission lines, depending upon the voltage application pin type can be of one part type two parts type or three parts type.

This type of insulators are applicable for rural and urban distribution it is designed as a pin which is installed on the cross arm of the pole, it is screwed on the pin and the electrical conductor is mounted on the insulator. For high voltage transmission, stronger pin type insulators are used it would be different from the other type in construction they consist of two or three porcelain 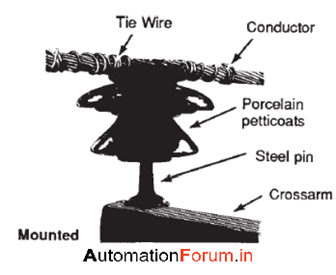 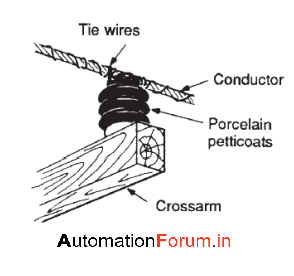 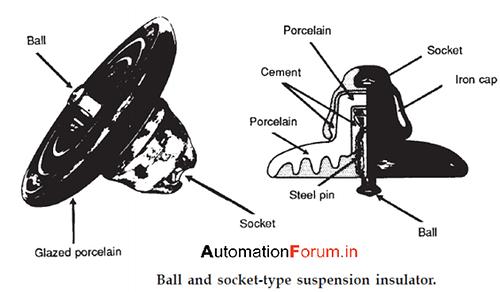 It is mostly used in low voltage applications, it can be identified by its shape it is mostly used for secondary mains it may be mounted on a secondary rack or in a service clamp the use of this type of insulator is reduced because of the cabled secondary and service wires 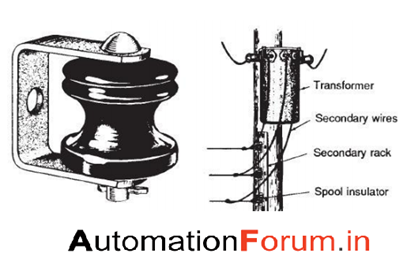