What are the major types of Industrial control systems?

The fundamental role of a control system is to handle a system in such a way that the output changes according to the varing input signals. Control systems are available that can be used to operate, monitor a process or a complete plant. 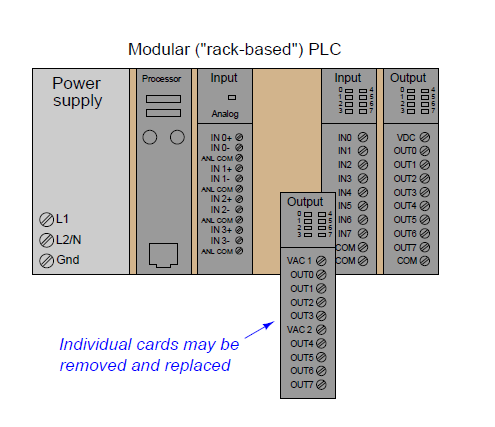 A Programmable Logic Controller, PLC, or Programmable Controller is a digital computer used for automation of industrial processes, such as control of machinery on factory assembly lines. The PLC is designed for various input and output schemes, extended temperature ranges, electrical noise immunity and vibration and impact resistance.

A PLC is an example of a real-time system as output results must be generated within a limited time in response to input conditions, otherwise it will lead in unintended operation. Programs to control machine operation are typically stored in battery-backed or non-volatile memory

PLC and Programmable Logic Controller are registered trademarks of the Allen-Bradley Company.

Supervisory Control And Data Acquisition relate to a centralized scheme, which consists of several subsystems such as Remote Telemetry Units, Human Machine Interface, Programmable Logic Controller or PLC and Communications.

It is a pure software package that is positioned on top of hardware to which it is interfaced, in general via Programmable Logic Controllers (PLCs), or other commercial hardware modules.

SCADA devices are not only used in industrial procedures such as steel production, energy generation (conventional and nuclear) and distribution, chemistry, but also in some experimental installations such as nuclear fusion. The size of such plants ranges from a few 1000 to several 10 thousand input/output (I/O) channels. 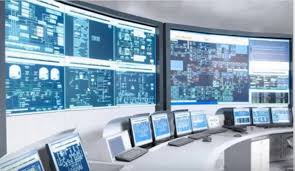 Distributed Control Systems is made up of decentralized components and these components control all procedures. As the name implies, these controllers are distributed in the entire plant area. Human interaction is minimized in order to reduce labor costs and accidents.

DCS works as an instrument for controlling a loop system where some control method can occur in one loop. To replace distinct manual and auto control instruments in order to be a unit that is simpler to maintain and use.

DCSIn this control system, small components are attached to the industrial computer system with the help of a network and control is exercised.