What are the low-cost microcontrollers available for home automation?

What is a microcontroller?

Microcontrollers are embedded in products to control their actions and functions. So, the microcontroller is also known as an embedded controller. They are dedicated to a particular task and run a single program. They’re low-power gadgets with dedicated inputs and modest LED or LCD displays. Microcontrollers can take inputs from the device they’re operating and maintain control by transmitting the device’s signals to various sections.

How do microcontrollers work?

A microcontroller is a device that is integrated into a system and controls a single function. It is done by evaluating the data received from various I/O peripherals by the CPU. The microcontroller’s temporary data is saved in its data memory, from which the processor gets it and uses instructions from its program memory to decode and apply the incoming data. It then communicates with its I/O peripherals and performs the operation that is necessary. Microcontrollers are found in a wide range of devices and systems. Multiple microcontrollers are frequently used in devices to handle different jobs within the device.

For example, A car may contain numerous microcontrollers that operate various internal systems such as anti-lock braking, traction control, fuel injection, and suspension control. To inform the correct actions, all of the microcontrollers communicate with one another. They use their I/O peripherals to send and receive data, which they then process to complete their tasks.

What are the low-cost microcontrollers available for home automation?

Arduino is an open-source electronics platform. To make its use easy, Arduino consists of very simple software and hardware. Arduino boards can convert inputs like light from a sensor or a finger on a button into outputs like turning on an LED or starting a motor. You may tell the board’s microcontroller what to do by giving it a set of instructions. This is accomplished using the Arduino programming language (based on Wiring) and the Arduino Software (IDE) (based on Processing).

Arduino boards are microcontrollers, not full-fledged computers with their own operating system like the Raspberry Pi. They just execute C/C++ programs stored in their firmware. The Arduino Integrated Development Environment (IDE) is free software that allows you to program an Arduino board and upload your code to it.

A miniature computer that may be connected to a computer monitor, keyboard, and mouse. It has a dedicated processor, memory, and a graphics driver, just like a PC. It also comes with its own operating system, Raspberry Pi OS, which is a modified version of Linux. 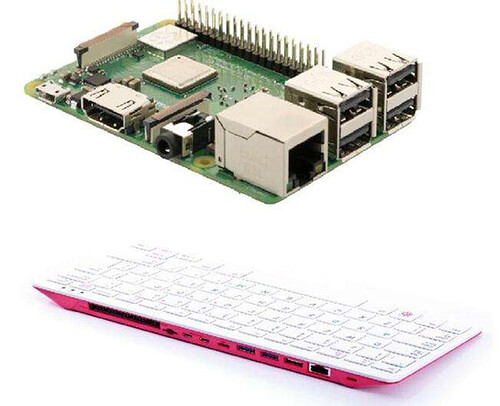 Although the Raspberry Pi lacks storage, you can use microSD cards to store whichever operating system you choose (Raspberry Pi, Ubuntu Mate, etc.). Because the Raspberry Pi has Bluetooth, ethernet, and Wi-Fi connectivity, it may be used to transfer files over the internet. The software and the design of the Raspberry Pi project are not open-source.

Alternatives of Arduino and Raspberry Pi

The Teensy is a comprehensive USB-based microcontroller development system with a compact footprint that may be used for a variety of projects. The USB port is used for all programming. 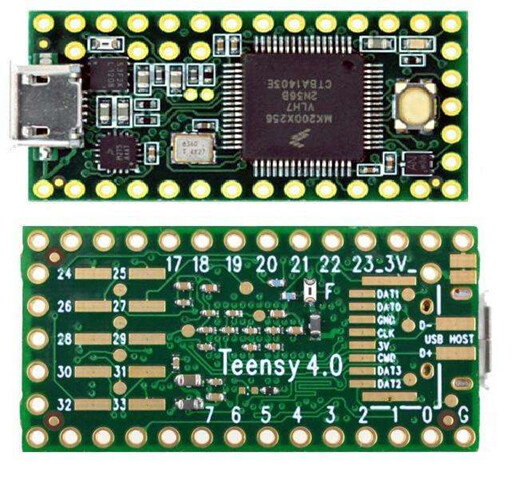 It’s tiny compared to the UNO and Leonardo, around a tenth of the size. This allows it to fit into even the tiniest of areas. The Teensy boards have a DIP form factor, which, in my opinion, is better for prototyping than a UNO/Leonardo (it can plug into a breadboard and then be soldered to a protoboard).

The Launchpad is a Texas Instruments development board. While it isn’t the most powerful on the list, it does offer a few distinct qualities that set it apart. It comes with a TI MSP430 processor and is compatible with TI’s software and hardware. Booster packs and online development tools are examples of this. 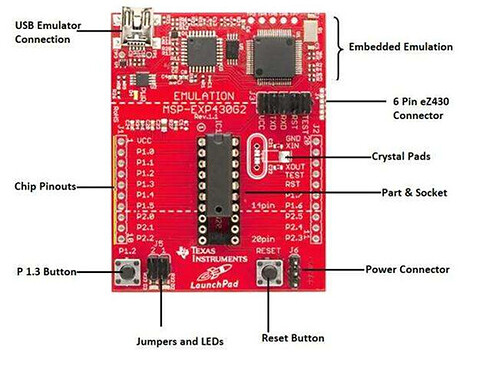 Onboard debugging is available for individuals who want to get down to the MCU programming. If this is too much for you, there’s an IDE called Energia that’s similar to Arduino and offers a more user-friendly approach.

The NodeMCU Amica is a development board based on the ESP8266 Wi-Fi Module. It contains a Micro USB port that can be used to connect to a computer or other USB host devices directly. It features 15X2 header pins and a Micro USB slot; the headers can be installed on a breadboard, and the micro-USB slot is used to connect to a USB host device, such as a computer. It is equipped with a CP2102 USB to serial converter. 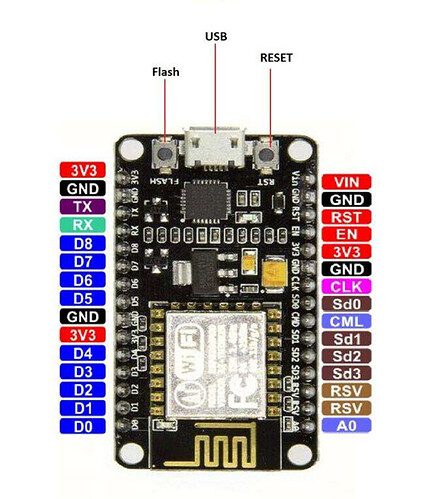 The Esp32 is an excellent option for their IoT board. It has Wi-Fi, Bluetooth, and Bluetooth Low Energy built-in. They also included a Li-Po charging port to complement the device’s wireless capabilities. 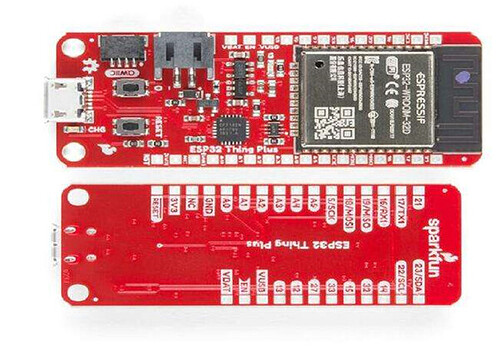 The Thing Plus also boasts a slew of outstanding features and a useful sensor suite. Of course, a solid Arduino alternative wouldn’t be complete without a simple programming interface.

Feather is a versatile and powerful series of microcontroller mainboards (Feathers) and daughterboards (Wings) with a diverse set of features. They may be plugged into a breadboard for speedy experimentation, and most include built-in battery connectors for on-the-go projects. 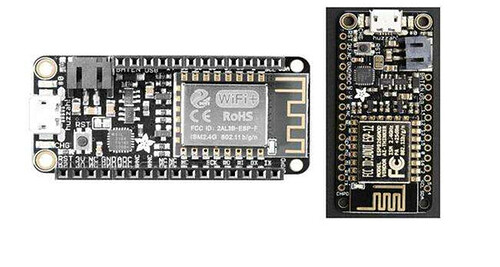 BeagleBoard is a free, open-source development environment for high-performance embedded designs. With the supplied USB cable, you can experiment with Linux, Android, and Ubuntu and jump-start development in five minutes with this credit-card-sized, low-power, open-hardware computer. 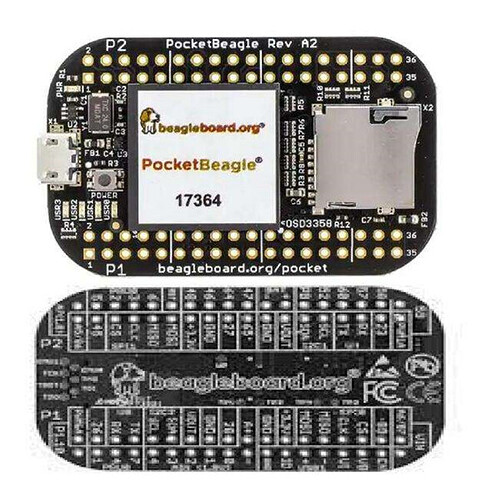 It was created for amateurs and as an instructional tool for open-source software development. It has an ARM Cortex-A8 processor with a clock speed of up to 1 GHz and memory options of 128 MB to 512 MB. It’s 7.5 mm thick on each side and includes all the features of a basic computer.

ODROID-M1. A single-board computer with a variety of useful peripherals that can be used in a variety of embedded system applications. 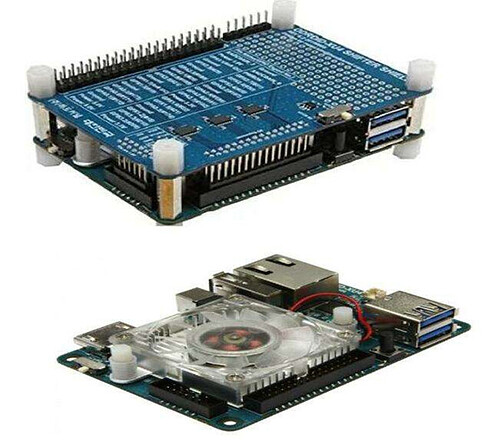 Odroid is a portable gaming device that runs on the Android operating system. It’s made by Hardkernal, a Korean open-source hardware start-up. It comes in two versions: a developer version and a full version. The developer version is for individuals who want to create apps, games, or other content for Odroid users.

The Nvidia Jetson Nano Developer Kit is a single-board computer that allows you to work with numerous neural networks in parallel for image classification, object recognition, segmentation, and speech processing applications. Many prominent AI frameworks, such as TensorFlow, PyTorch, Caffe, and MXNet, are also supported. There’s also a whole desktop Linux environment to make things even easier. 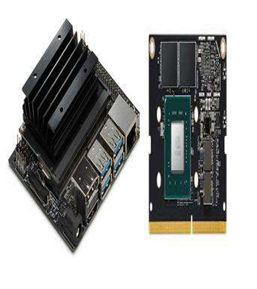 The Jetson Nano Developer Kit is a compact yet powerful computer that allows you to run numerous neural networks in parallel for image classification, object recognition, segmentation, and speech processing. All of this is contained within a user-friendly platform that consumes as little as 5 watts.

Tinker Board is an ultra-compact Single Board Computer (SBC) that delivers class-leading performance while leveraging remarkable mechanical compatibility.

Tinker Board 2 is powered by an Arm 6-core system on a chip (SoC), which, along with the latest 64-bit Armv8 architecture — the Rockchip RK3399 — provides much better performance than other popular SBC boards. It also has a large arm. 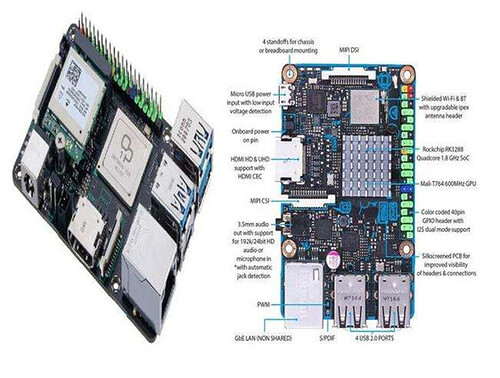