What are Modular instruments? and its advantages and disadvantages

Modular instruments use a frame, into which different types, or a varying number, of functional cards can be plugged. This is so that the instrument can accommodate a range of input/output channels or tailor its measurement capability according to the specific application being addressed. 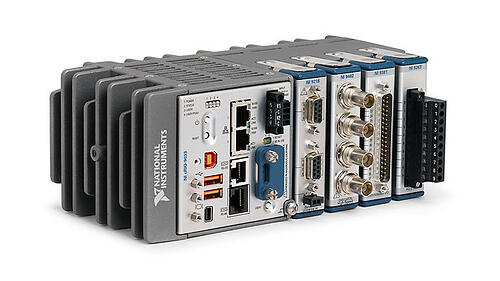 Without the traditional front panel, the most common approach to using modular instruments involves writing a test program, which configures the instruments, conducts the measurements, and reports results. For this reason, modular instruments typically are supplied with programmatic software interfaces, called drivers, to ease the job of communicating with an instrument module from a programming language.

The modular instruments used in industries holds different standards, which include:

VME is the oldest of the modular standards. For applications supported by VME, it offers the widest range of vendor support. CompactPCI is relatively new and emerging.

Applications that are dominated by computing or analysis, with a small amount of instrumentation, will be best served by VME or CompactPCI. These modular standards offer a broader range of CPUs, more computer peripherals, and more choice in operating systems

All these standards are used for instrument systems, only VXI and a derivative of CompactPCI (called PXI) were developed expressly for instrumentation.

If the application involves general-purpose instrumentation and measurement switching, these modular instrument standards are the best choices. At this point, VXI has the largest number of vendors and the widest range of products.

Standards-based modular instruments can accept products from many different vendors, as well as user-defined and constructed modules. PC plug-ins are not part of a formal standard. The ubiquity of the personal computer, however, has made the PC motherboard I/O bus a defacto standard for instruments.

High-channel-count measurements, such as data acquisition, really benefit from the standards-based modular form factor. Module size is relatively big, so a large number of channels can be included.Data acquisition usually requires many types of channels. Not everything can be purchased from one vendor. The mix and match capability of modular instruments allows the system to be easily configured from multiple vendors.

For a given volume and multiple instruments, modular instruments usually create the smallest, most compact solution.

In a system where signal sources, signal routing via switches, and measurements must be carefully coordinated, modular instruments are a very good choice.