What are float type level switches?

Level switches are used to detect the level of fluid in a tank. A level switch uses a float to operate a switch to shut down filling pumps in an emergency.

A float type level switch consists of a float, which always floats above the fluid. As the fluid raise the float moves vertically and this motion is used to measure the level. 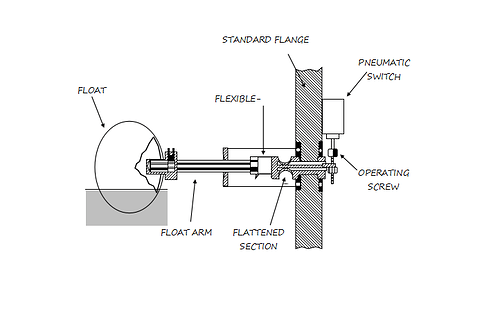 The float is connected to a pneumatic system. When the level of the liquid is low then the float hang down and float rise up when the level increases.

When the float is hanging down, the screw on the end of the flexible shaft holds the flapper tight against the nozzle. Allows a maximum flow to the vessel.

When the level increases the float raises up and it lifts the float screw at the end of the flexible shaft. The flapper moves away from the nozzle and the output signal falls to zero. This shuts down the pumps so no more liquid comes into the vessel. 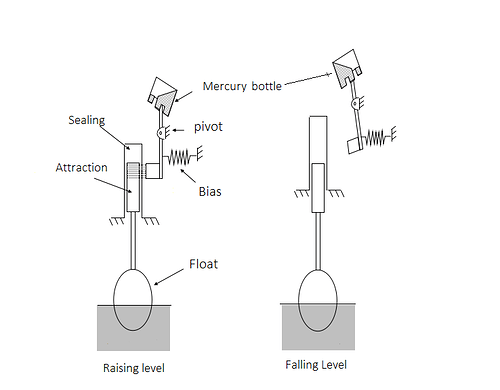 This type of level switch contains a mercury bottle which changes in the position the float level rise and fall. The mercury bottle has three connections, the mercury acts as the switch to change over the contacts.

The switch operates magnetically when the float rises up the metal end of the float extension will reach in the magnetic field of the bias, which is attracted towards the attraction. The mercury bottle changes its position.