What are Deluge valves?, introduction, operation and What is deluge system,

What are deluge valves?

Deluge valve is used in deluge systems and used for fast application of water in a spray system. Deluge valves are used under conditions that require the rapid application of large volumes of water and, for that reason, are often integral components in fire protection systems.

What is a deluge system?

The deluge system is designed to protect high-risk areas that contain a serious fuel hazard with a high rate of heat release by activating a large number of open sprayers simultaneously in case of fire. 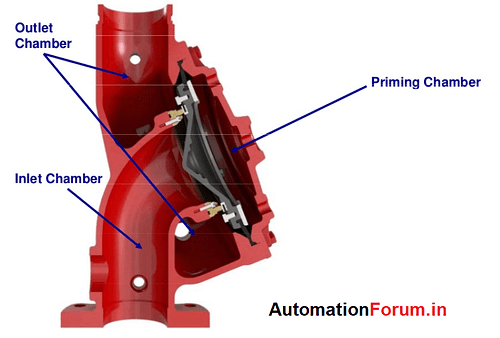 The deluge valve is a hydraulically operated quick-release diaphragm valve. It has three chambers, isolated from each other by the clapper and the closing of the seat operated by the diaphragm. 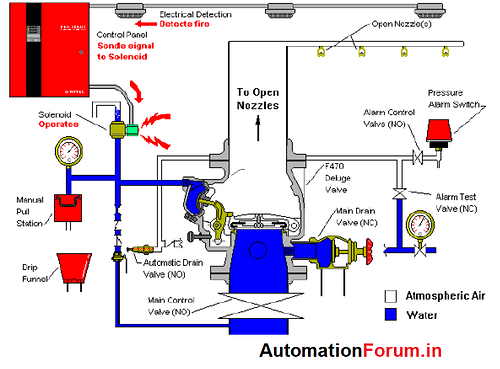 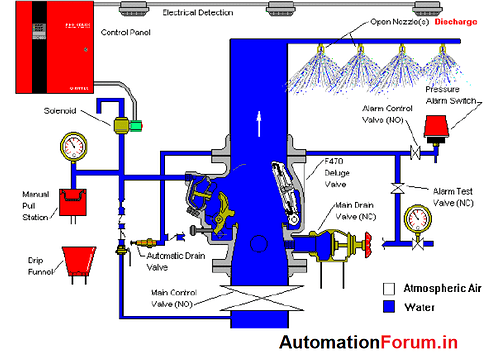 Upon detecting a fire, the upper chamber is vented to the atmosphere through the outlet port through one or more open drive devices. The upper chamber pressure can not be replenished through the restricted inlet port, so it reaches less than half the supply pressure instantaneously and the rising force of the supply pressure raises the clapper allowing water to enter the network of system pipes and alarm devices.