What are Cat Cables? or Ethernet cables, Types of Cat cables 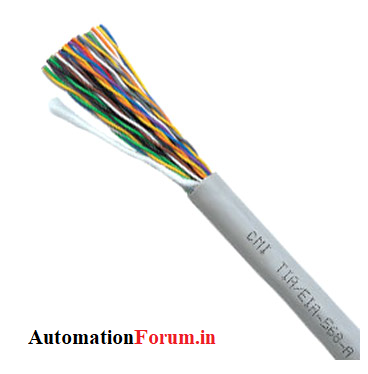 All computer and controller devices are connected to the network with ethernet cables. There are different kinds of ethernet cables, grouped in sequentially numbered categories (“cat”) according to different specifications.

Ethernet cables are determined and distinguished by their quality to handle the amount of transmission load. 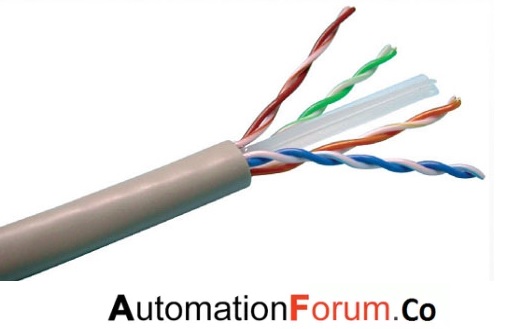 Introduction Network topologies connect individual devices. Such connections allow the devices to share and exchange information. The most frequently used in the process industries are the star, the bus, and the ring network systems.But we need a...

There is various kind of ethernet cables, these cables that are described by their different categories or the CAT series are defined on the basis of the speed that they can relay.

This cable is defined in TIA / EIA-568-B. It is an unshielded twisted pair (UTP), which can carry up to 10 Mbit / s with a bandwidth performance of 16 MHz

These cables are widely used as a voice cabling format among computer network administrators. The Cat 3 is still in use in two-line telephone systems.

It can be used for 10BASE - T Ethernet, Token Ring or ATM25 networks.

This cable is not recognized by the TIA / EIA. Cat 4 was used mainly in Token Ring networks and the cable consists of four unshielded twisted pair (UTP) cables, with a data rate of 16 Mbit / s and a throughput of up to 20 MHz.

This is not recognised by the TIA/EIA. Cat 5 is used for 10/100Mb Ethernet and as a voice cabling format.

This wire has three twists per inch of each twisted pair of 24-lead copper wires inside the wires. It is the cable that is widely used for 100Base-T and 1000Base-T networks as it provides the performance to allow data at 100 Mbps.

This form of cable is recognised by the TIA/EIA and is defined in TIA/EIA-568-B. Cat 5e is an Improved version of Cat 5, which prevents interference between an unshielded twisted pair and another twisted pair that runs in parallel within the same cable (Far End Crosstalk - FEXT).

It works for 10 / 100Mb and 1000Mb Ethernet. Cat 5e is the most commonly used type of Ethernet, due to its low cost and its ability to support faster speeds than the original Cat 5 cables.

This cable is defined in TIA / EIA-568-B. Cat 6 cables allow much higher bandwidths than Cat 5 and Cat 5e cables, although they are also more expensive.

The “a” in Cat 6a stands for “augmented.” Cat 6a cables are always shielded and their sheathing, which is thick enough to completely eliminate crosstalk. But less flexible than Cat 6.

This type of cable is a standard for Ethernet and other interconnect technologies, which are compatible with traditional Cat 5 and Cat 6 Ethernet cables.

Cat 7 cables use the newest and most widely available Ethernet technology and support higher bandwidths and significantly faster transmission speeds than Cat 6 cables.

The cable contains four pairs of stranded copper cables and supports up to 600 MHz.

Cat 7a cables offer a more than 50 percent improvement in overall bandwidth but no change in transmission speed. This cable has the highest specification among the categories. Also more expensive than other cables.