Various Modbus Serial to Modbus TCP/IP convertors and their manufacturers

What is Modbus Protocol?

Modbus is a master-slave/client-server messaging framework developed by Modicon. The Modbus protocol has many protocol options. However, the two most commonly used protocols are the Modbus Remote Terminal Unit (RTU), the serial (RS232 or RS485) protocol, and the Modbus Transmission Control Protocol (TCP/IP) and the Internet Protocol.

What is Modbus RTU?

Schneider Electric, formerly known as Modicon, developed Modbus RTU, an open serial protocol based on the master-slave architecture. Because of its simplicity and reliability, it is a widely used serial-level protocol. Building Management Systems (BMS) and Industrial Automation Systems (IAS) both use Modbus RTU (IAS).

Modbus RTU messages are a 16-bit structure with a CRC checksum (Cyclic-Redundant Checksum). The messages’ simplicity ensures their reliability. Because of its simplicity, the basic 16-bit Modbus RTU check-in structure can store floating-point, tables, ASCII text, queues, and other unrelated facts.

Every commercial SCADA, HMI, OPC Server, and data acquisition software program in the marketplace supports this protocol, which primarily uses RS-232 or RS-485 serial interfaces for communications. This protocol permits us to link or integrate Modbus-compatible devices with new or present track and control applications.

What is Modbus TCP/IP?

Modbus TCP/IP (also known as ModbusTCP) is a Modbus RTU protocol that runs over an Ethernet network with a TCP interface. No matter the delivery medium, the Modbus messaging framework is a utility protocol that defines regulations for organizing and decoding statistics. TCP/IP stands for Transmission Control Protocol and Internet Protocol and Serves as a transport medium for Modbus TCP/IP messaging. 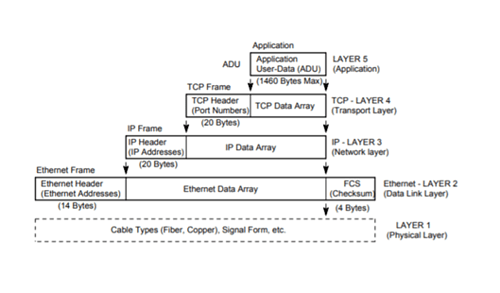 What does Determinism mean?

The ability of a communication protocol to send or receive messages in a finite and predictable time period is referred to as determinism. It is reasonable to assume that determinism is critical for critical control applications.

It can connect to an intranet/internet network that already exists.| |Operation speed depends upon the line’s length|Modbus/TCP is transmitted at the speed of an Ethernet connection.|

What is Modbus converter?

A Modbus gateway is a device that converts Modbus RTU data to Modbus TCP data. Modbus TCP has the following advantages over RTU due to the limitations of the RS485 bus interface: (1) An existing Ethernet network can be used, reducing the cost of RS485 wiring. 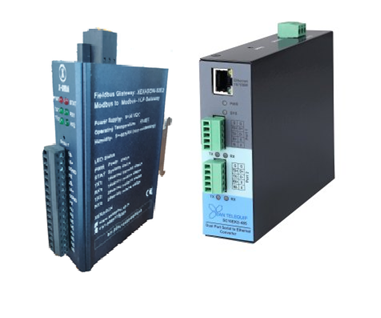 A Terminal Server is also called a Serial Server, which helps to connect devices with various other devices such as USB, RS232, or RS485 serial port to a local area network for serial data transmission to network server applications over Ethernet. Using a terminal server we can connect multiple serial interfaces and convert it to single Ethernet communication and it can be connected to SCADA or DCS system for further processing. Even terminal servers can be managed remotely for configuring each serial port. 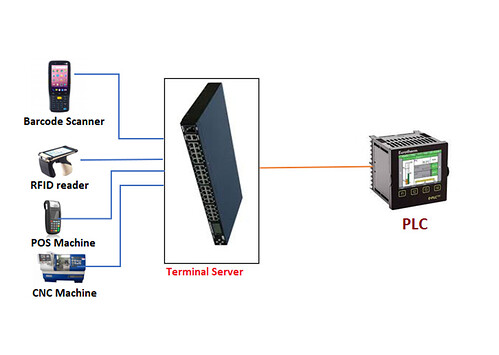 Modbus gateways are also known as Ethernet communication gateways. You can convert between Modbus RTU/ASCII and Modbus TCP. Modbus protocol can be divided into two types: Modbus RTU based on RS485 (or ASCII) and Modbus TCP based on Ethernet. Modbus Gateway is a converter that can convert Modbus RTU data to Modbus TCP data. Due to the limitations of the RS485 bus interface, Modbus TCP has the following advantages over RTU: (1) Existing Ethernet networks can be configured to save RS485 connections. (2) Can support multiple hosts for Modbus access. 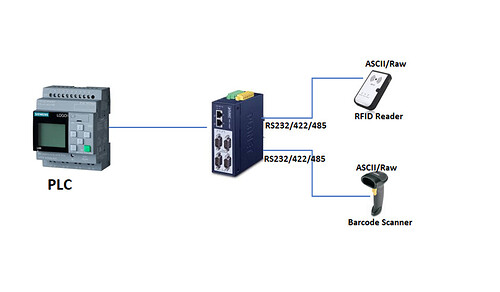 Serial-to-IP converters are hardware devices that allow you to control, monitor, and manage serial devices remotely over an IP network or the Internet. It converts asynchronous serial data to TCP/IP or UDP packets on the RS232, RS422, or RS485 port, allowing real serial communication over Ethernet as if directly connected to the serial port. This is ideal for M2M communication where client access does not need to depend on operating systems and proprietary protocols.