USAGE OF OPERATIONAL AMPLIFIER AND ITS APPLICATION

An op-amp is a high gain electronic voltage amplifier which is DC coupled with differential input and usually single-ended output. Op-amps are widely used in analog circuits because of its versatility.an op-amp is capable of producing an output potential which is hundreds of thousands times larger than the potential difference between its input terminal. Op-amps had its beginning in analog computers. In which they were used to perform many mathematical operations in many linear, non-linear, and frequency dependent circuits. Op -amps are the most widely used electronic device today it is used in many industrial and scientific devices

Op-amps are basically called as building blocks of analog electronic circuits it is a linear device that has almost all the properties for Dc amplification. And therefore used mostly in signal conditioning, filtering or to perform mathematical operations like addition, subtraction, integration, and differentiation. An op-amp is mainly a voltage amplifying device which is to be used with external feedback components like resistors and capacitors between its input and output terminals. These feedback components determine the resulting function of the amplifier whether to be resistive or capacitive or both the amplifier can perform a variety of different operation hence it has the name operational amplifier 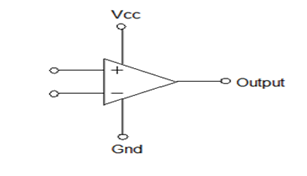 An amplified output signal from the OpAmp is the difference between the two input signals.

if both the inputs are supplied with the same voltage the op-amp will take the difference between the two voltages and it will be 0. The op-amp will multiply this with its gain 1000,000 so the output is 0. When 2 volts is given to one input and 1 in other then op-amp will take its difference and multiply it with the gain that is 1 volt * 1000,000 but this gain is really high to reduce the gain feedback from output to input is done through a resistor. 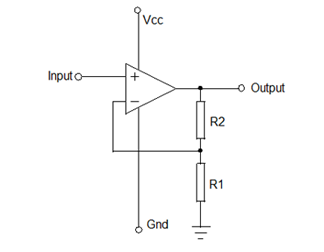 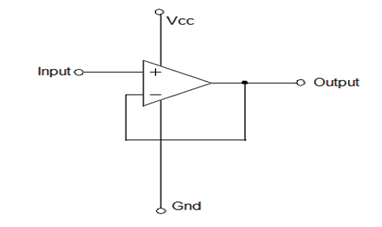 This is a type of op-amp which can be used to sum signals to the input. the signal amplified by certain factors and made available at the output any number of the input signal can be summed by using an op-amp. 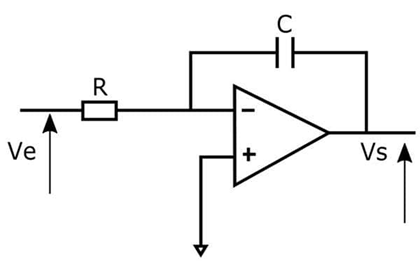 By this we can use op-amp as an integrator a capacitor on the inverting feedback path and a resistor on the input inverting pin as shown in the figure if the input signal is very low frequency the capacitor acts like an open circuit and blocks the feedback voltage then the amplifier would be like a normal open-loop amplifier with high gain and the amplifier is saturated by the help of resistor parallel to the capacitor the circuit behaves like an inverting amplifier with a low frequency and the saturation is avoided.