Types of Relays and their symbols

A relay is a kind of switch that is electrically driven. It receives a signal from the source to open and close the contact. Relays built into electrical appliances transmit electrical signals to other equipment by turning a switch on and off.

The relay can work both electrically and mechanically. The relay consists of a set of contacts and electromagnet and this helps to perform switching between ON and OFF.

The relay construction is mainly classified into four. They are

Contacts: - This is considered the most vital part of the relay. It affects the reliability of the relay. Selecting the quality of contact is very important because only good contact can give limited contact resistance and reduced contact wear. The selection of the contact material depends upon several factors such as the nature of the current to be interrupted, the magnitude of the current to be interrupted, frequency and voltage of operation.

Bearings: - A single ball, multi-ball, pivot-ball, or jewel bearing are examples of bearings. For maximum sensitivity and minimum friction, a single ball bearing is used. The multi-ball bearing has a low friction coefficient and is more shock-resistant.

Terminations and Housing: - With the help of a spring, an armature is assembled with the magnet and the base. Molded blocks give dimensional stability by isolating the spring from the armature. On the terminal link, the permanent contacts are normally spot welded.

It is based on the electromagnetic attraction theory. The magnetic field will be energized when the relay circuit detects a fault current and this leads to the generation of a temporary magnetic field.

When a power supply is flowing to the coil through the load contacts and control switch and the coil produces a magnetic field around it.

Due to the generation of the magnetic field, the upper arm tends to attract the lower arm and it makes the circuit close and allows the flow of current through the load. If the contact is already closed, it moves in the opposite direction, thus opening the contact. 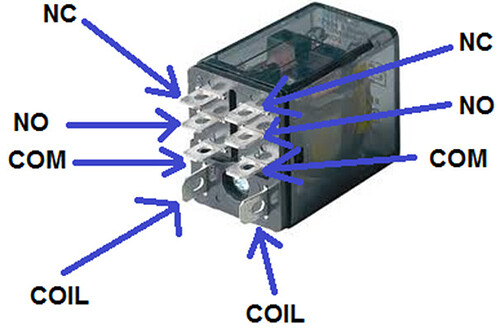 COIL- This is referred to as the COIL terminal. We are giving supply voltage to this terminal when we need to close the switch. One side of the coil becomes positively charged and the other end gets the negative voltage. Polarity does not matter unless we use a diode.

NO- The NO or Normally Open terminal of a relay is also a load terminal that remains open when the relay is not in use.

When the relay is turned on, the NO and COM terminals are connected. 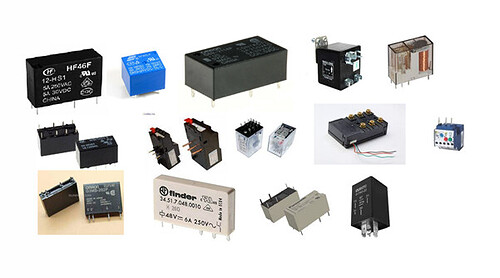 Relays are classified into various types based on their function, construction, terminals, etc. Different types of relays are

Based on Poles & Throw

The term “pole” refers to the number of circuits that a single switch may control in one action.

The term “throw” refers to the number of contact points.

The contacts NO and NC are single throws. Double-throw contacts are used for changeovers.

Based on poles and throws, relays are classified into the following types

The SPST relay stands for Single Pole Single Throw. SPST has only one contact either NO or NC. It has two terminals that can be connected or disconnected. Including the coil terminals, the SPST relay has a total of four terminals. 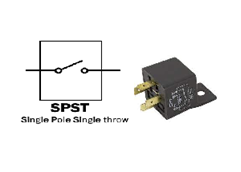 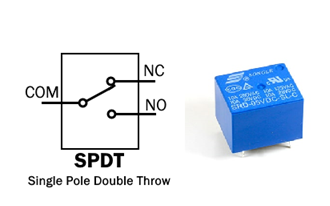 The DPST relay stands for Double Pole Single Throw DPST relay. It is a combination of two SPST relay with 6 terminals. There are two scenarios depending on the relay type. No coil voltage: With NO, the load is disconnected because no current can flow. There are only 6 terminals. 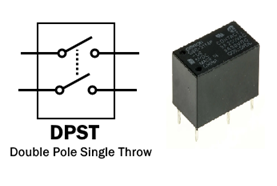 DPDT stands for the double-pole double-throw relay. It is an electromagnetic device that is designed to separate two circuits electrically and connect them magnetically. They are often used to interface an electronic circuit, which works at a low voltage to an electrical circuit that works at a high voltage.

The parallel pairing of two SPDT relays with single magnetic coils is known as a DPDT relay.

Based on Operation Principle 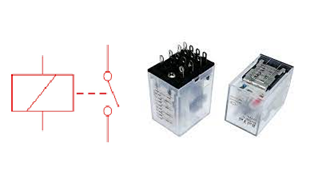 A bimetallic strip is formed when we combine two different materials. The strip has a tendency to bend when we apply a power supply and this bending tendency is used to make a connection with the contacts 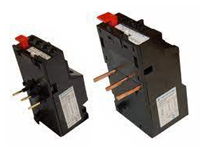 In a Solid-state (SSR) relay we use semiconductors instead of mechanical parts as used in electrothermal and electromechanical relays. This makes the switching speed of the device increase. It has more life span and is faster than other relays. 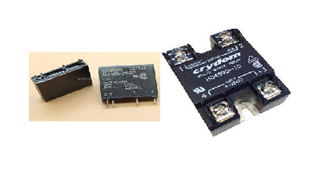 A hybrid relay is made up of a combination of both electromechanical and solid-state relays.

Based on Power Supply

DC (Direct Current) is steady and never reverse. In the Dc relay, a single coil of wire around the iron core is used to make the electromagnet. When a power supply is passed through the DC relay, magnetism is generated in the core. As long as the DC is flowing, the steady magnetism keeps the lever attracted, and once stop the power supply, the iron core is demagnetized and the lever returns to its original position. 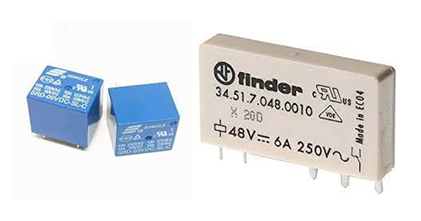 Based on Working Principle 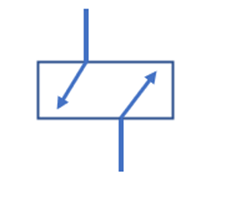 A latching relay is an electrically actuated two-position switch. Holds all contact positions indefinitely without energizing the coil.

Controlled by two momentary-acting switches or sensors, one of which “sets” the relay and the other “resets” the relay. Latching relays perform basic memory functions by retaining their position even after the enable switch is released.

No Volt Relay or NVR is used to operate with a very low voltage. Just as the name implies it actuates when a low voltage is applied across its coil terminal. NVR is also called an under-voltage relay. 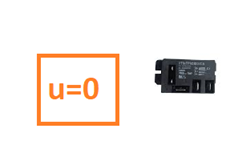 The on/off delay relay has a timing mechanism. It does not turn off or turn on immediately. Always Switch on or off after a preset delay time. 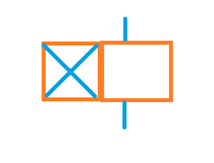 As the name implies, an overcurrent relay is triggered when an overcurrent flows. This provides a continuous flow of current and triggers when the current exceeds a set limit. 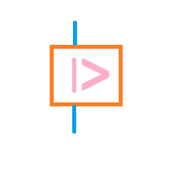 Polarized relays use permanent magnetic flux in the electromagnetic section. This means that the working coil is polarized. 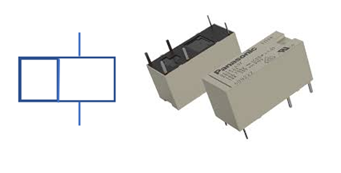 Pulse relay is also called a keep relay. This relay has a set (ON) and resets (OFF) by the input of pulse voltage. As the name implies, this relay will keep in its set or in reset position even the power supply breaks. 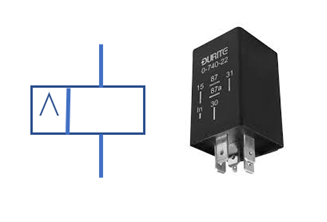