Types of Motion sensors and its mounting

Depending on the technology used for detection, motion sensors are classified as

Active Detectors are also known as Radar-based motion sensors. The active detector sensors emit the radio waves/ microwaves across a room or other place, which strike on nearby objects and reflect it back to the sensor detector. When an object moves in motion sensor controlled area at this time, the sensor looks for a Doppler (frequency) shift in the wave when it returns to the sensor detector, which would indicate that the wave has hit a moving object. The Motion sensor is able to understand these changes and send an electrical signal to the alarm system, light or other types of device that is connected to the motion sensor.

Active motion sensors are not best suitable for outdoor lighting or similar applications as a movement of random objects such as windblown things, smaller animals and, even larger insects can be detected by the active sensor and lightning will be triggered.

Passive Motion Sensors are opposite to active sensors, they do not send out anything, but it simply detects the infrared energy. Infrared (heat) energy levels are sensed by passive detectors. Passive sensors scan the room or area, it is installed for infrared heat that is radiated from living beings. 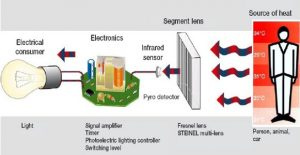 These sensors would not be effective if they could get activated by a small animal or insect that moves in the detection range, however, most passive sensors can be adjusted to pick up the motion of an object with a certain level of emitted heat, for example adjusting the sensor to pick up movement only by humans.

There various kinds of motion sensors are available in the market, which has their ups and downs. They are namely;

All warm blooded animals produce IR radiation. Passive infrared sensors include a thin Pyroelectric film material, that responds to IR radiation by emitting electricity. This sensor will activate burglar alarm whenever this influx of electricity takes place. These sensors are economical, don’t use more energy and last forever. These sensors are commonly used in indoor alarms. 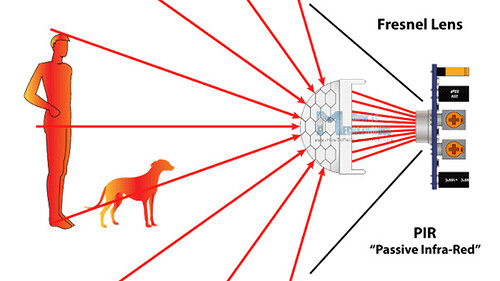 Ultrasonic sensor can be active (or) passive, where passive ones pay attention for particular sounds like metal on metal, glass breaking. These sensors are very sensitive, but they are frequently expensive and prone to fake alarms. Active ones generate ultrasonic wave (sound wave) pulses and then determine the reflection of these waves off a moving object. Animals like cats, dogs, fishes can hear this sound waves, so an active ultrasonic alarm might unsettle them. 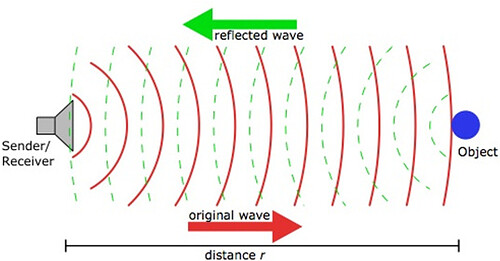 These sensors generate microwave pulses and then calculate their reflection off of objects, in order to know whether objects are moving or not. Microwave sensors are very sensitive, but sometimes these can be seen in nonmetallic objects which can be detected moving objects on the outside of the target range. It consumes a lot of power, so these sensors are frequently designed to cycle ON & OFF. This makes it feasible to acquire past them, if you know the cycles. Electronic guard dogs utilize microwave sensors. 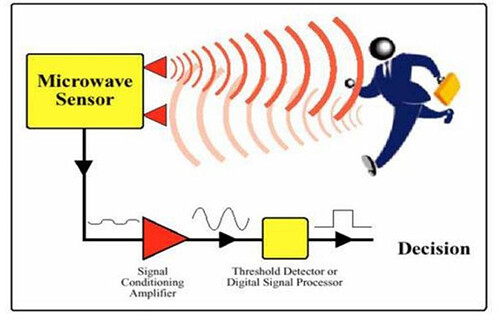 These sensors generate radio waves and detect when those waves are troubled. They can notice through walls and objects, and are frequently placed in a way that makes a radio wave net that cover ups large areas. These sensors are expensive, so they are normally used in warehouses, storage units and also in other situations that need a commercial level of security. 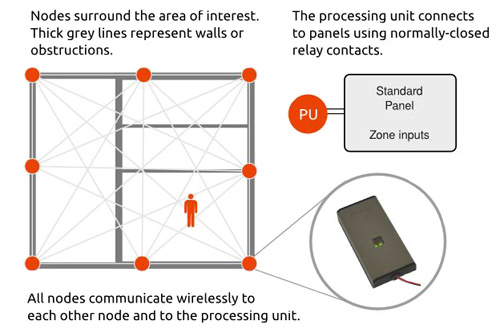 With the proliferation of low-cost digital cameras able to shoot video, it is possible to use the output of such a camera to detect motion in its field of view using software. This solution is particularly attractive when the intent is to record video triggered by motion detection, as no hardware beyond the camera and computer is needed. Since the observed field may be normally illuminated, this may be considered another passive technology. However it can also be used together with near-infrared illumination to detect motion in the dark, that is, with the illumination at a wavelength undetectable by a human eye.

Detects vibration. These can be purchased or easily made at home. A homemade vibration sensor uses a small mass on a lever, which is activated by a switch to an alarm when it vibrates. Homemade motion sensors can work, but they can also be unreliable. 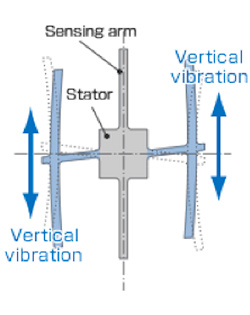 Some types of motion detectors mix some sensors in order to decrease fake alarms. But, dual sensors are only activated when both kinds sense motion. For instance, a dual microwave or PIR sensor will start out on the passive infrared sensor setting, because that consumes less energy. When the passive infrared sensor is tripped, the microwave division will turn ON; then, if the remaining sensor also tripped, the alarm will generate sound. This combined type is great for neglecting fake alarms, but tuns the possibility of missing real ones.

Today, most motion sensors are wireless. Wireless sensors are very easy to set up. They do not require drilling, and they communicate with the other security system components wirelessly.

Most contact motion sensors are passive infrared sensors. They trigger an alarm if the protected door or window is opened while the system is armed.

A passive infrared sensor can be set up to ignore animals up to a certain weight. A dual technology motion sensor is more resistant to false alarms caused by animals because it requires two sensors to be triggered in a manner determined by the manufacturer. They can be set up to ignore a large animal or multiple small animals without setting off a false alarm. Some pet immune motion sensors have a sensitivity level that can be adjusted for families with very active animals.

Combines video cameras with advanced signal processing. Some recordable motion sensors start recording when they sense motion. Cameras controlled by motion sensors can save you memory storage by not recording hundreds of hours of useless footage—they only capture the important stuff.

The best thing you can do to increase the effectiveness of your sensors and prevent false alarms is to consider the following motion sensor placement tips: