Types of electrical measuring instruments are:

There are two types of moving iron instruments: 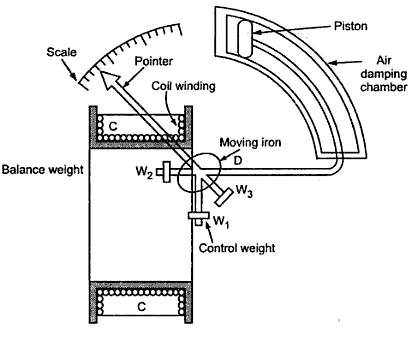 When the current to be measured passes through the coil, a magnetic field is produced that draws the iron rod inward, thereby deflecting the pointer that moves on a calibrated scale. 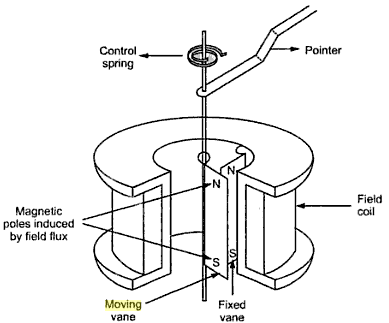 Two parallel rods of soft Iron are arranged along the axis of the fixed coil. One rod is fixed and other one will be movable. when current pass through both the rod, it induces a magnet field of same polarity causing repulsion between both the vanes resulting in the deflection of pointer.

In this case the moving element is the current coil itself. There are two type of moving coil instrument:

A coil wound in an aluminum or copper frame is placed in the radial magnetic field produced by a permanent U-shaped magnet provided with polar pieces of soft iron provided to reduce the magnetic field’s reluctance by the air gap. 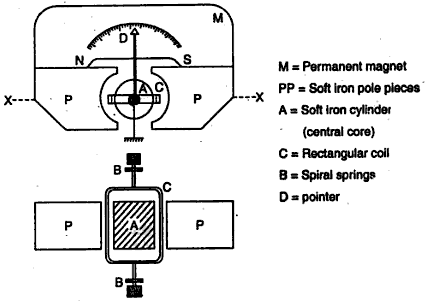 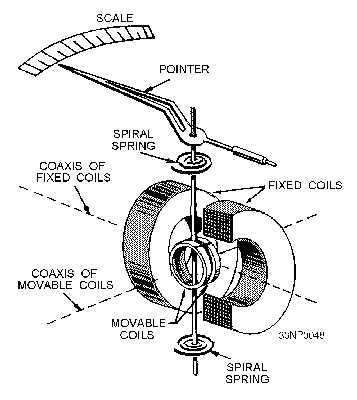 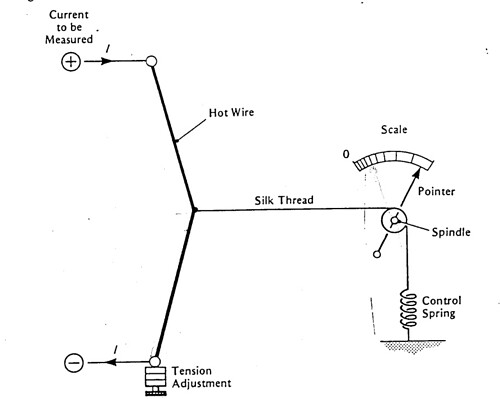 A hot wire is fixed between two points. The current must be measured to pass through the cable. As the current passes, the cable heats up and expands, sinking due to expansion. This extension is absorbed by the spring and silk thread, which makes the pulley turn, moving the pointer attached to it.

It works according to the principle of induction, that is, in the production of parasitic currents in a system in motion through alternating flows. These parasitic currents induced in a moving system interact with each other to produce a motor torque because the disk rotates to record the energy.

There are two types of induction type instruments: 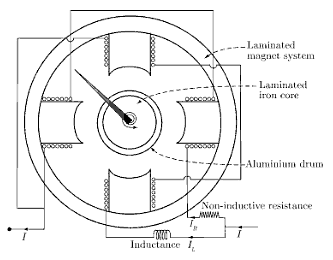 A rotating magnetic field is produced by two pairs of coils wound on a laminated magnet system. These pairs of coils are supplied from the same source, but a phase shift of about 90° occurs in the current flowing in them by connecting one inductance in series with one pair and a high resistance with the other, to produce a rotating magnetic field. This rotating field induces currents in an aluminium drum and causes this drum to follow its rotation. If the drum can rotate freely, it will rotate at a speed slightly lower than that of the rotating field but in the same direction of the field.

It consists of a laminated electromagnet that has an air space in which an edge of a thin aluminium disc rotates. This disc is mounted on an axis that has a pointer and is equipped with a control spring. Approximately one-third of the pole of the electromagnet is surrounded by a copper band that provides a phase shift arrangement. 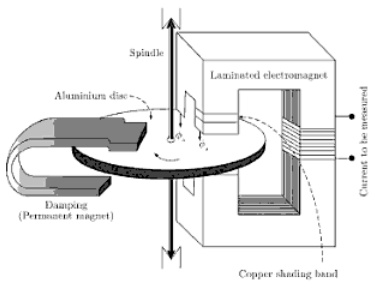 When A.C current is supplied to the electromagnet, eddy currents are induced in the shading ring, and the flow within the shaded portion of the ring is delayed behind the main flow by an angle of 40-50°. This phase shift produces a torque on the rotating disk and measures the value of the current or voltage.