Transformer faults and how can it be prevented

Transformer faults and how can it be prevented

Power transformers play a major role in power system so that high reliability of the transformer is needed for power transmission. A high-quality transformer which is properly designed and supplied with suitable protective relays and monitors is highly reliable. When a fault occurs in a transformer the damage would be normally severe and this will affect the power transmission system very badly 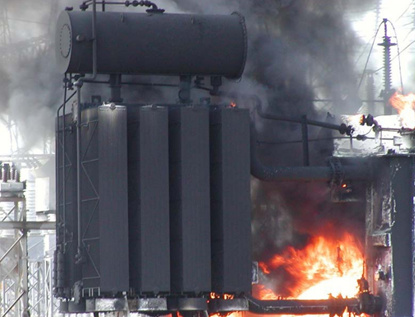 What are the transformer conditions which could lead to faults

Insulation aging is the function of time and temperature, the winding part which is operated at the highest temperature will ordinarily undergo the greatest deterioration and it will only have the shortest length of life

Over-heating due to over-excitation

Ground fault current magnitude depends upon the grounding of the power system, fault impedance is high for the faults at the midpoint of the winding. The current in the short circuit turns is several times greater than the rated current and it could cause overheating, arcing… so we can use relays for this a gas detector relay detects the turn to turn faults. Rate of rising pressure relay can also detect the fault

Short circuit between the phases could create fault currents, only limited by the source impedance and the leakage impedance of the transformer

It can be caused by the steep fronted surge voltages or corona discharges and also by high fault currents through a transformer during system faults which can damage the insulation which could create turn to turn fault. These faults are difficult to detect by current measuring relays because of the terminal current increases very little