For the machine to start, the torque developed by the motor at zero speed must exceed that demanded by the load. Then TM − TL will be positive so also is d!/dt, and the machine accelerates.

Normally the armature resistance of a d.c machine is such as to cause 1 to 5 percent drop at full load current. Hence the starting current tends to rise to several times the full load current. The same can be told of the torque if full flux is already established. The machine instantly picks up the speed.

If armature and field of d.c. shunt motor is energized together, a large current is drawn at the start but the torque builds up gradually as the field flux increases gradually. To improve the torque per ampere of line current drawn it is advisable to energize the field first. 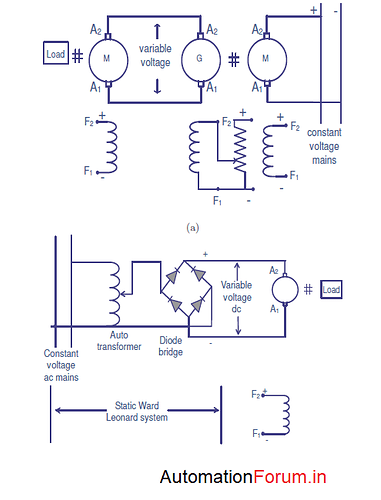 The starting current is given by V/Ra and hence to reduce the starting current to a safe value, the voltage V can be reduced or armature circuit resistance Ra can be increased. Variable voltage V can be obtained from a motor generator set. This arrangement is called Ward-Leonard arrangement. By controlling the field of the Ward-Leonard generator one can get a variable voltage at its terminals which is used for starting the motor.

The second method of starting with increased armature circuit resistance can be obtained by adding additional resistances in series with the armature, at start. The current and the torque get reduced. 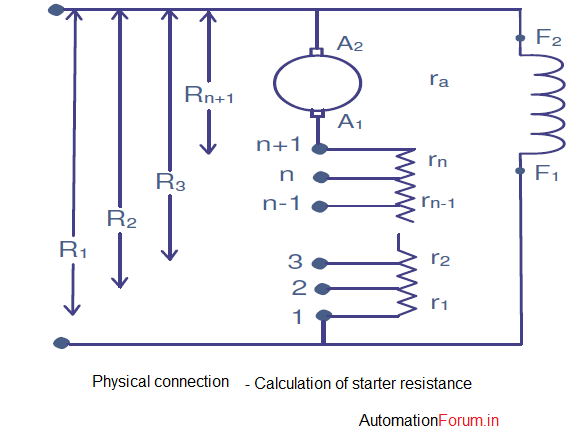