SHIFT REGISTER AND ITS APPLICATIONS

Data storage and data movement are the two basic functions of a register it is a digital circuit consists of one or more flip flops which are used to store and shift the data this device loads the data in its inputs and then shifts it to the output during every clock cycle and hence its name is shift register. The storage capacity of a register is the total number of the register which is the total number of digital data that it can retain The shifting of binary data from one stage to other or into or out of the register according to the clock pulse then it is known as a shift register. A shift register consists of several D type data latches some of the data latches are for a logic “0” and others are for a logic “1” and it is connected in a serial chain so the output from one latch can become the input of another one. 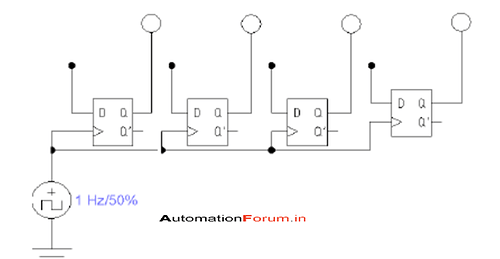 The IC’s of the shift register is provided with the clear or reset connection so that it could be SET and RESET as needed Shift registers can be operated in four different modes they are SIPO, SISO, PIPO, PISO

SIPO serial-in to parallel-out – in this type the register is loaded with serial data, one bit at a time, and the stored data will be available at the output in parallel form 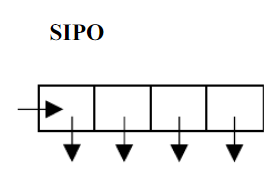 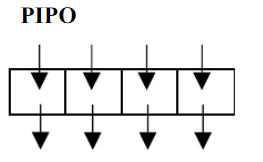