##What is selector control:

In the broadest sense, a “selector” control strategy is where one signal is selected from multiple signals in a system to perform a measurement control function.

An example of selectors in industrial control systems is that of a cross-limited ratio control strategy for air/fuel mixture applications. Before we explore the use of selector functions in such a strategy, we will begin by analyzing a simplified version of that strategy, where we control air and fuel flows to a precise ratio with no selector action at all: 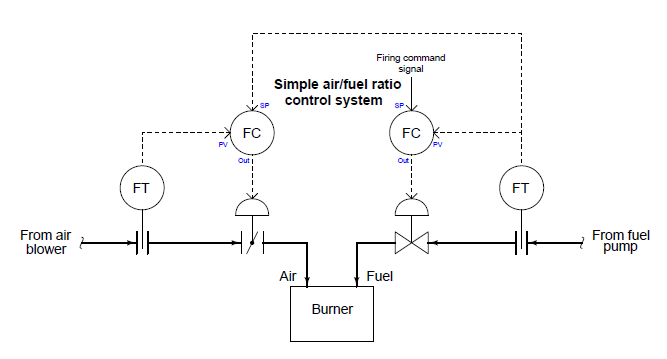 If the firing command signal suddenly decreased, the same changes in flow would occur in reverse direction but in the same chronological sequence, since the fuel flow change still “leads” the subsequent air flow change

There are two standardized function blocks are capable of this function, the CS (Control Selector) and the ISEL (Input Selector) blocks in Fieldbus 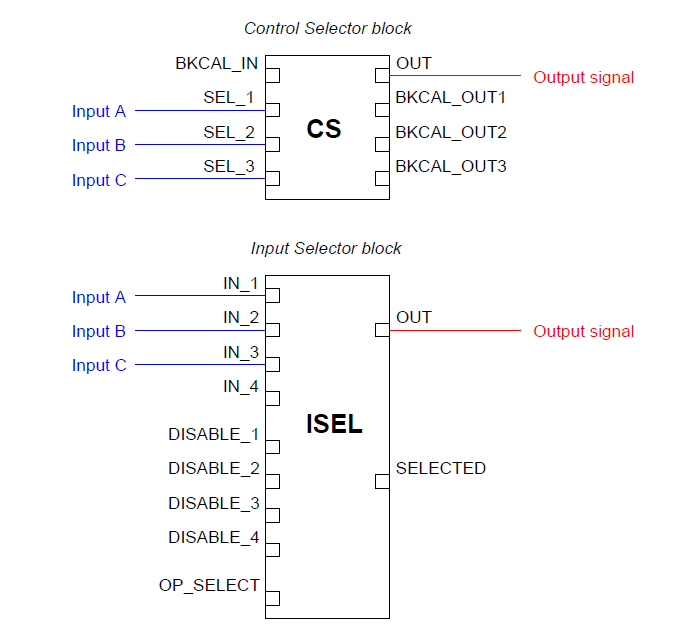 ISEL is expressly designed for selecting transmitter signals, whereas the former (CS) is best suited for selecting controller outputs with its “back calculation” facilities designed to modify the response of all de-selected controllers.

If receiving three “good” inputs, the ISEL function block will output the middle (median) value of the three. If one of the inputs carries a “bad” status, the ISEL block outputs the averaged value of the remaining two (good) inputs. Note how this function block also possesses individual “disable” inputs, giving external boolean (on/off) signals the ability to disable any one of the transmitter inputs to this block. Thus, the ISEL function block may be configured to de-select a particular transmitter input based on some programmed condition other than internal diagnostics.

If receiving four “good” inputs, the ISEL function block normally outputs the average value of the two middle (median) signal values. If one of the four inputs becomes “bad” is disabled, the block behaves as a normal three-input median select.