What is SAMA diagram?

This publication illustrates and explains the following types of symbols: 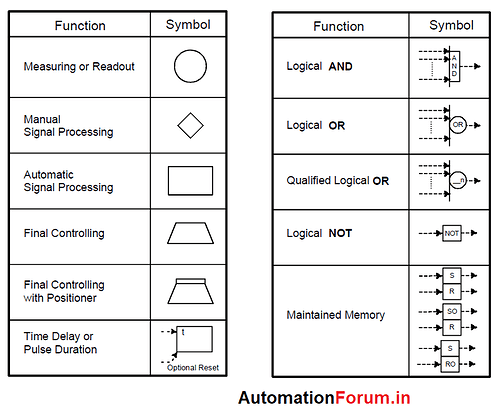 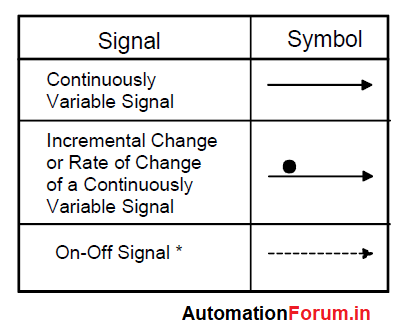 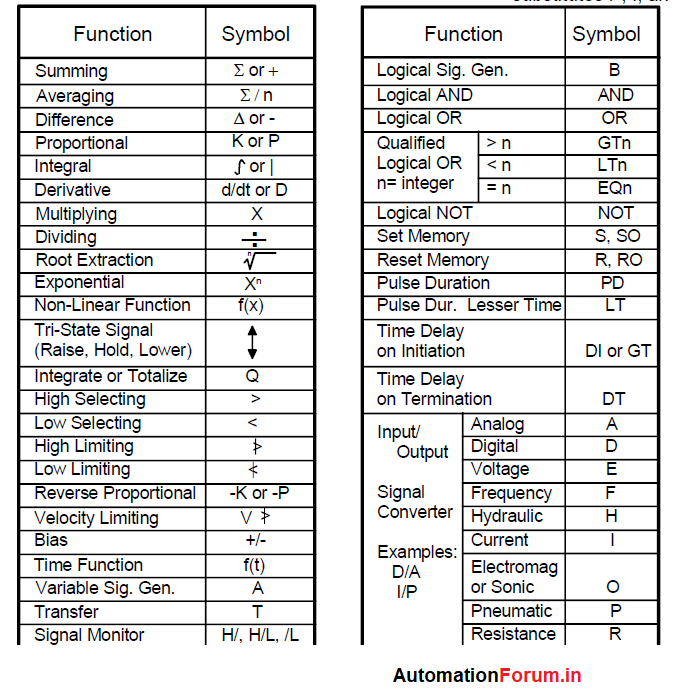 A simple diagram for flow control is shown below, comparing the SAMA diagram with the ISA standard symbol. Some of the symbols can be the same, others may largely different. 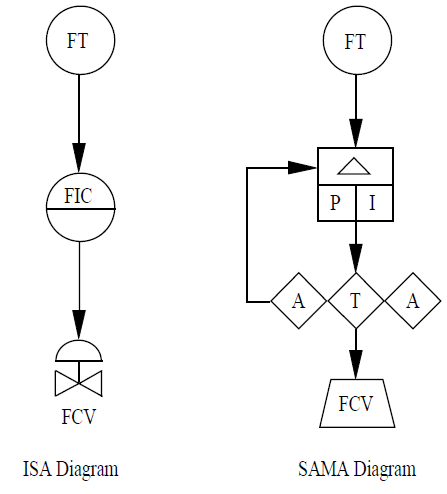 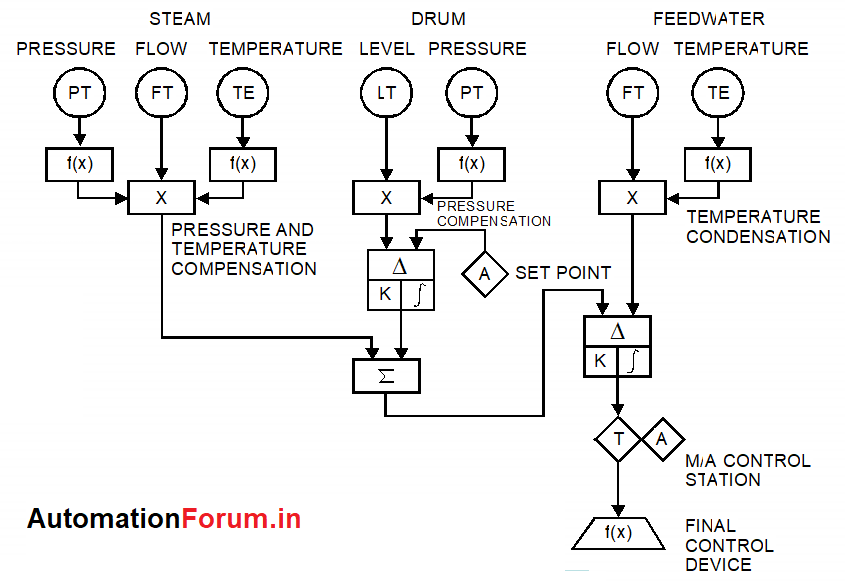 A common application in the control of the boiler is the drum level control of three elements. The level of the drum of the boiler is a critical variable in the safe operation of a boiler. Low drum levels risk unclogging the boiler tubes and exposing them to heat stress and damage. The high drum level risks water entrainment in the steam head and exposes the steam turbines to corrosion and damage. The level control problem is complicated by reverse response transients known as contraction and expansion.

The three transmitters, or variables, are the three elements. The feed water flow set point is automatically set by the steam flow signal to keep the feed water supply in balance with the steam demand. The drum level controller trims the feed water flow setpoint to compensate for errors in flow measurements or any other unmeasured load disturbance (eg, purge) that may affect the level of the drum; This is the cascade component of the control strategy. The sum function is used to combine these two components