Mechanical gyroscopes consist essentially of a large, motor driven wheel whose angular momentum is such that the axis of rotation tends to remain fixed in space, thus acting as a reference point. The gyro frame is attached to the body whose motion is to be measured. 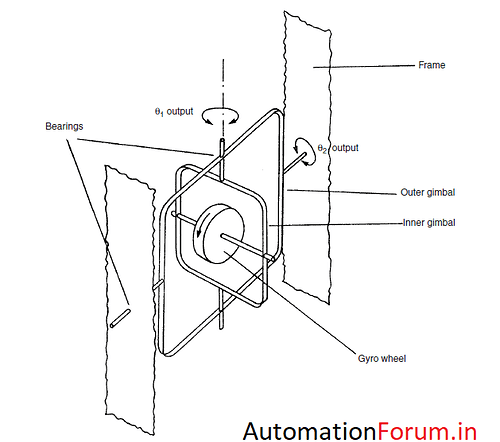 This measures the absolute angular rotation of the body to which its frame is attached about two perpendicular axes. Two alternative methods of driving the wheel are used in different versions of the instrument. One of these is to enclose the wheel in stator-like coils that are excited with a sinusoidal voltage. A voltage is applied to the wheel via slip rings at both ends of the spindle carrying the wheel. The wheel behaves as a rotor and motion is produced by motor action. The other, less common, method is to fix vanes on the wheel that is then driven by directing a jet of air onto the vanes. 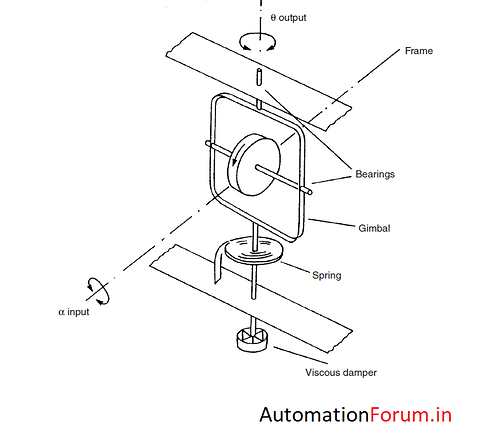 The rate gyro,has an almost identical construction to the mechanical shown above, and differs only by including a spring system which acts as an additional restraint on the rotational motion of the frame. The instrument measures the absolute angular velocity of a body, and is widely used in generating stabilizing signals within vehicle navigation systems. 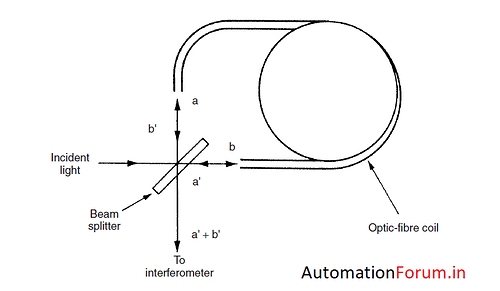 This is a relatively new instrument that makes use of fibre-optic technology. Incident light from a source is separated by a beam splitter into a pair of beams a and b. These travel in opposite directions around an optic-fibre coil (which may be several hundred metres long) and emerge from the coil as the beams marked a0 and b0. The beams a0 and b0 are directed by the beam splitter into an interferometer. Any motion of the coil causes a phase shift between a0 and b0 which is detected by the interferometer.