The electrical sensing element consist of a precision-wound helix resistor that has about 28 contacts per foot.An outer jacket of flexible protective material also acts as a pressure receiving diaphragm. 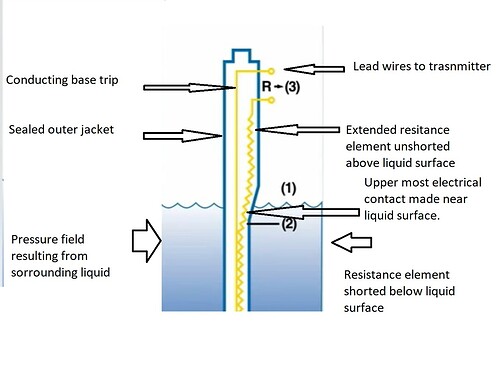 Advantages of Resistance of Level detector

The sensor strip remains fixed in position,has no moving parts and provides a continuous indication of resistance.

The wingdings these sensors are purely resistive, they cannot store or release electrical energy.Thus resistance sensors qualify as intrinsically safe devices and can be used with explosive liquids and dust.