What is a relay?

A pneumatic relay works in 3-15psi pneumatic signal which can control much higher signal that can control large devices large than 15 psi pressure. 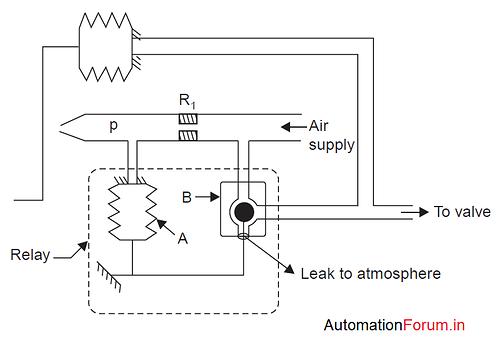 A power amplifier is needed to act on a large control valve. A pneumatic relay is a power amplifier. The relay is composed of small volume A bellows and a specially designed valve. In the nozzle pressure is transmitted to bellows A and, as the pressure increases, the bellows expand the ball down the valve B cavity, decreasing the leakage to the atmosphere and increasing the pressure Pv.