Leave at least 300mm between the power cables and the I/O or control wiring as shown: 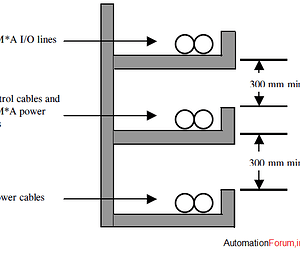 Leave at least 200mm between the wiring and the top of the duct, as shown:

Be sure to ground the functional earth and protective earth terminals together to less than 100ohm in order to protect against electric shock and incorrect operation from electrical noise. Be sure to sue a wire of at least 2mmsqre for grounding.

Always use crimp connector for the CPM*A’s power lines and I/O lines or else use a single wire line. Stray wire strands could accidentally short out.

Wire a separate circuit for the CPM*A’s power supply wire so that there isn’t a voltage drop from the inrush current that flows when other equipment turned on.

When several CPM*A’s PLC’s are being used, it is recommended to wire the PCs on separate circuits to prevent a voltage drop from the inrush current or incorrect operation of the circuit breaker. 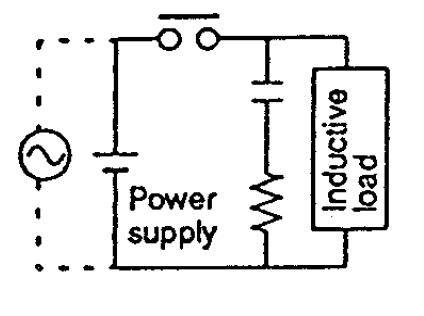 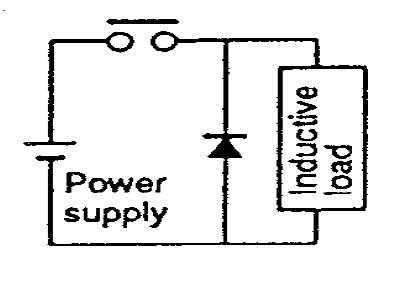 The diode-connected in parallel with the load changes energy accumulated by the coil into a current, which then flow into the coil so the current will be converted into Joule heat by the resistance of the inductive load. 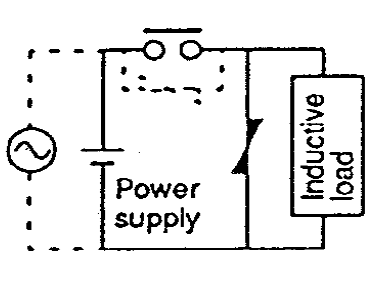 The varistor method prevents the imposition of the high voltage between the contacts by using the constant voltage characteristic of the varistor. There is time lag between the moment the load is reset.