Density is a basic variable in the determination of the nature or composition of a substance. The standard units for measuring density are kg/m3 or g/cm3.

Here, Px is the density of the liquid being measured, K1 and Kz are constants determined by the inside and outside diameters of the pipe, the pipe material, the modulus of longitudinal elasticity, and the length of the vibrating part of the pipe. 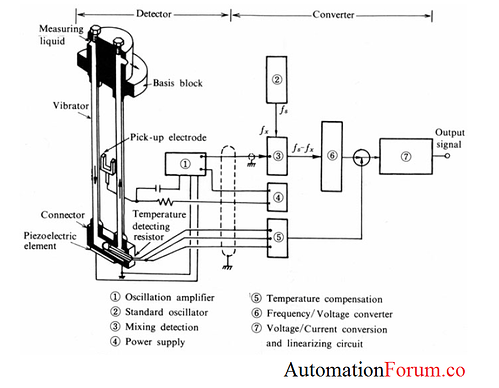