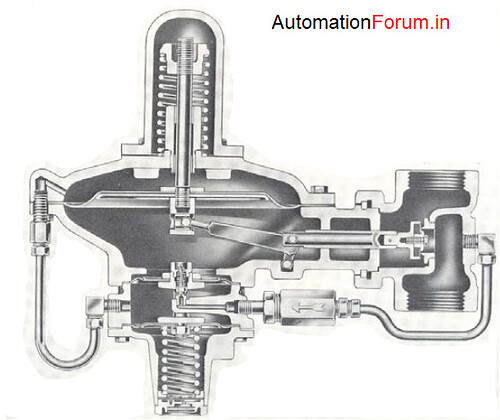 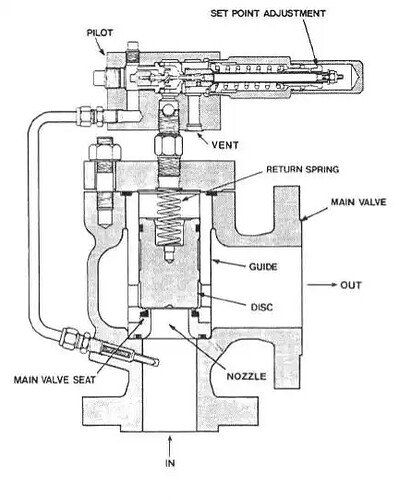 The pilot valve is usually a spring-loaded type task to detect the pressure condition of the system process and with this valve, the fluid flows to the top of the main valve (diaphragm) so that it closes the orifice.

The fluid flow will continue to increase so that the pressure above the piston will also increase steadily and when the pressure has reached the pressure set the pilot valve will “release” the trapped fluid, causing the main valve to open, a pilot operated valve is usually used when there is a high-pressure process with relief a very large area with the pressure difference between set pressure and operating pressure is considered small (less than 5%).

In storage tanks to prevent sticking and icing. In the plant process that requires a very high short blowdown and back pressurization, a balanced design is needed. The pilot operated valve has limitations because it cannot be used, at high-temperature processes with dirty fluid conditions, viscous fluids, fluids that contain many corrosive deposits and fluids.