A Megger test or sheath resistance test is used to diagnose cable faults, either short circuit problem, water penetration, moisture or current leakage. A Megohmmeter is used to measure the resistance of the crossed-link to an applied DC voltage.

A Megohmmeter applies current for 1 minute through the cable before being measured and recorded. The voltage applied varies depending on cables. 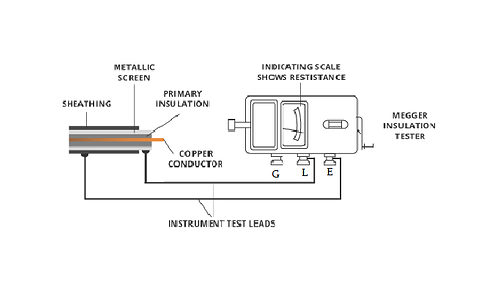 Testing procedure for a 3 phase motor:
What are the procedures to locate cable faults and Types of cable testing
16 Interview questions for Oil & Gas electrical engineering Jobseekers
What is Tan delta test and how can it prevent the damages in power system