Measurement of Thickness and Mass with nucleonic methods

The quantitative reaction of particles and photons depends essentially on the concentration and mass of the particles they react with, it is to be expected that nuclear techniques can provide the means to measure such things as mass.

The radiation from a source of gamma-ray falls on the material and a suitable detector is used to measure the transmitted radiation. 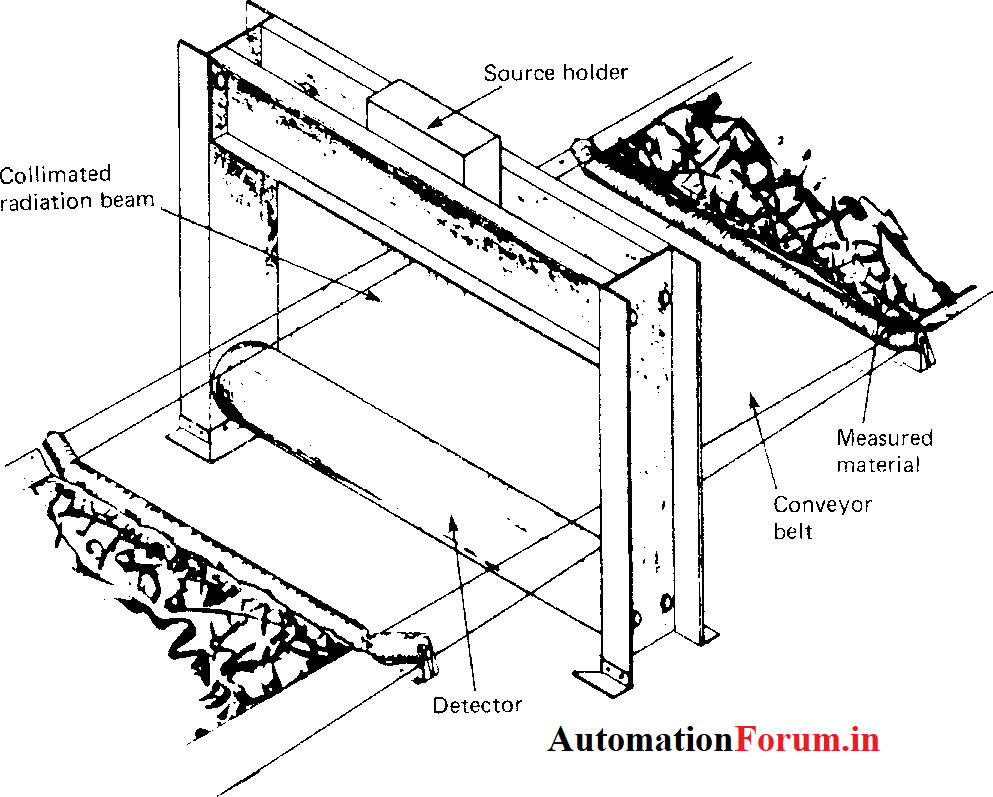 The setup shown in the above figure is designed to measure the mass flow rate of granular material such as iron ore, limestone, coke, cement, fertilizers, etc.,

The radiation shutter, and the detector, a scintillation counter are assembled in c frame. A calibration plate is built into the source to allow a spot check within the span at a suitable point. There is an electronics dust- and moisture - proof housing that can be mounted locally or up to 300 m from the detector.

Nucleonic coating thickness gauges are based on the radiation interaction emitted from a source of radioisotope with the material to be measured. They consist essentially of the source of the radioisotope in a radiation shield, a radiation detector in a measuring head, and an electrical console. 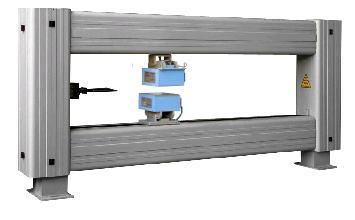 When the radiation emitted from the source occurs on the material in question, part of this radiation is dispersed, part is absorbed, and the rest passes through the material. A part of the absorbed radiation in the coating and/or backup excites characteristic fluorescent X-rays.