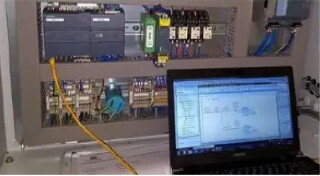 Programmable logic controller (PLC) is a type of industrial control system that monitors and controls various types of equipment and processes in an industrial or commercial environment. Like any other computer system, PLCs can be vulnerable to cyber attacks that could compromise their operation or the safety and reliability of the systems they control.

There are several ways that a PLC can be targeted by a cyber attack, including:

To protect against these types of attacks, it is important to implement strong security measures, such as firewalls, encryption, and regular software updates. It is also important to limit physical access to PLCs and to follow good security practices, such as not using easily guessable passwords or sharing login credentials.

There have been several reported cases of cyber attacks targeting programmable logic controllers (PLCs) in recent years. Some examples include:

These are just a few examples of the types of cyber threats that have targeted PLCs in the past. It is important for organizations that rely on PLCs to be aware of these types of threats and to implement strong security measures to protect against them.

There are several precautions that can be taken to protect programmable logic controllers (PLCs) from cyber attacks:

Overall, it is important for organizations that rely on PLCs to be proactive in implementing strong security measures and regularly assessing and updating their security posture. By taking these precautions, organizations can protect their PLCs and the systems they control from cyber attacks and ensure the reliability and safety of their operations.