A limit switch is electromechanical device consisting of an actuator operated by the motion of part of a machine or an object. The operation of the device makes or breaks an electrical connection.

When an object comes in contact they can be used as part of a control system to control machinery, as safety interlocks, or to count objects passing a point

Limit switches are rugged, easy to installation, and reliable. They can determine the presence or absence, passing, positioning, and end of travel of an object. As the name suggests They were first used to define the limit of travel of an object Due to these reasons they are used in a variety of applications and environments. The operator types of a standard industrial limit switches are lever, roller, plunger, and whisker type.

Working of a limit switch

As the object makes contact with the actuator of the switch, it moves the actuator to its maximum position where the contacts change state. Other varieties of sensors/switches are proximity sensors, light sensors, electric switches etc.

Selection of a limit switch

Due to its versatility, a limit switch can be used in various applications. Selection of the limit switch is design specific.

Mechanical limit switches can be found in any industrial or commercial application where detection or safety is needed.

Limit switches are a practical solution for sensing in most situations. There are, however, a few disadvantages to using limit switches.

*Switching high currents is no problem (up to 10A)

• keeps the microwave from starting without the door being shut.

• turns the light off when the refrigerator door is closed?

• car’s dome lights switching on when on opening the door?

• stops the washing machine with a unbalanced load

Some of many industries with limit switch needs:

Variations of a limit switch

Mechanical limit switch operators are available in many shapes and sizes based on their functionality and application. Switches can be divided into two types

Momentary, or “spring return” switches return to their normal state as soon as the actuator is released from the object it is sensing.

Maintained switches will remain in the actuated position even after the actuator has been released.

Types of limit switches - operator heads and their applications

Roller Levers actuate radially rotating on an axis. Roller levers are tipped with a roller to lessen the friction and the force required to activate the lever. Levers spring-return to neutral when the force is removed. This is one of the most popular styles of switch operators. 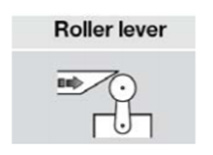 Adjustable roller lever is similar to a standard roller lever, but the length of the lever is adjustable from a few mm up to 5 cm. The rollers are also available in various diameters.

Rounded plunger heads come in many varieties and sizes. Plungers are actuated by a perpendicular force applied directly to the end of the plunger. 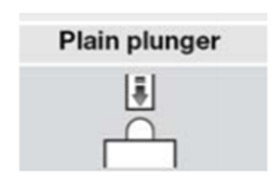 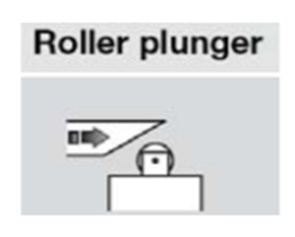 Rod levers are also actuated radially like levers; however these are thin rods that are much longer. Adjustable rods can be as long as 10 cm or more. 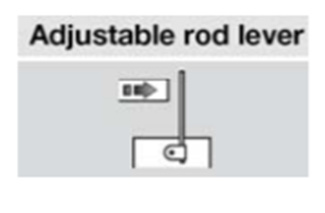 Lateral rounded plunger head varies from the standard B-shape in that the plunger is perpendicular to the switch. 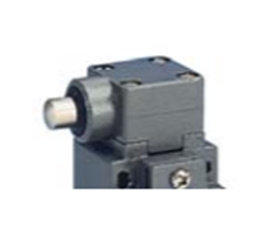 Lateral roller plunger head varies from the standard C-shape in that the plunger is perpendicular to the switch. 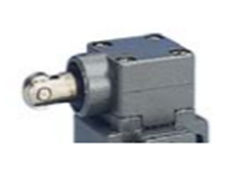 Flexible rod is similar to a rod lever in their length and appearance, rods (whiskers, spring rods, etc.). However, unlike levers that actuate only in one plane, flex rods activate in 360º. 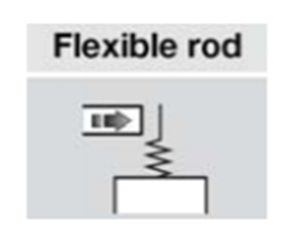 Cable pull are switches that are tipped with a lanyard to which can be attached a cable. Pulling or tightening the cable draws out the spring loaded lever, which activates the switch. 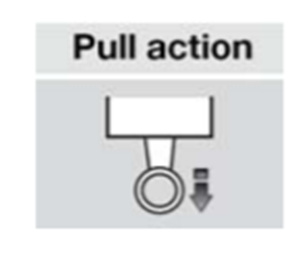 Rotative Axis switches can be installed onto an axis (i.e., a door hinge) so that when the hinge or axis turns, the switch actuates. 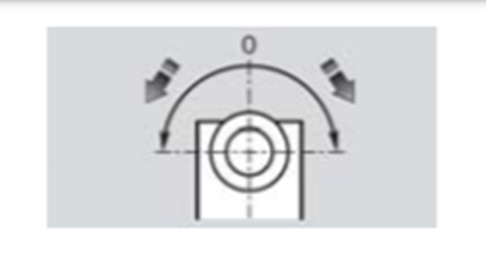 Latch/Reset switches come with a assortment of operating head styles. These switches do not spring return to neutral; instead, they latch when activated and must be physically, manually released before being deactivated. 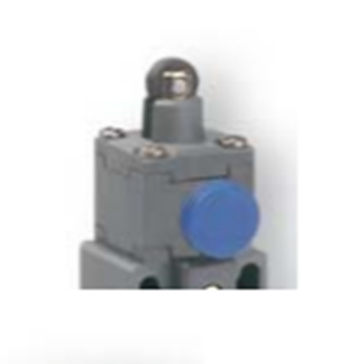 Key Latch switch is coupled with a “key”. Once removed from the keyhole, the switch is actuated. Returning the key to the hole deactivates the contacts. Commonly used in door jams to shut off power when opened. 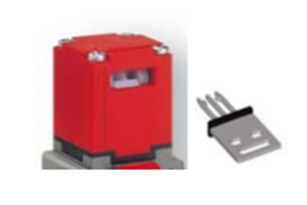 Considering which type of switch to use is important when applying a limit switch. But just as important is determining where and how to mount the switch.

In many situations, such as a conveyor system, a cam is used to operate the actuator. The cam should be of a shape that does not allow the actuator to receive a severe impact or that releases the actuator suddenly, allowing it to snap back freely.

Limit switches should never be mounted in locations that could allow false operations by normal movements of operator or machine components. They should be mounted rigidly, be maintenance accessible, and have the side of the body with the cover screws facing outward. If liquid intrusion is a possibility, the switch should be mounted face down to allow gravity to prevent seepage through the seals on the operating head. All conduit connections should be tightly sealed. In applications where machining chips or other debris accumulates, the limit switch should be mounted in a location or at such an angle that minimized build-up on the operating head.