Securing the modern industrial network and IT infrastructure requires a comprehensive approach and a firm understanding of the vulnerabilities and associated protective measures. Network security originally focused on algorithmic aspects such as encryption and hashing techniques.

Technique that is used a secure network:

Firewalls are used to protect the network boundary. A firewall is a mechanism by which a controlled barrier is used to control network traffic into AND out of an organizational intranet. Firewalls are basically application specific routers.

They run on dedicated embedded systems such as an internet appliance or they can be software programs running on a general server platform. There are firewalls such as Filtering firewall and Router Firewall.

Filtering Firewall: filters traffic based on rules that a system administrator creates and manages.

Router Firewall: It could be said that this firewall architecture does not have firewall devices. Instead, a simple router joins two networks. However, due to packet forwarding that looks at the source of the IP address, it avoids something known as IP Spoofing. 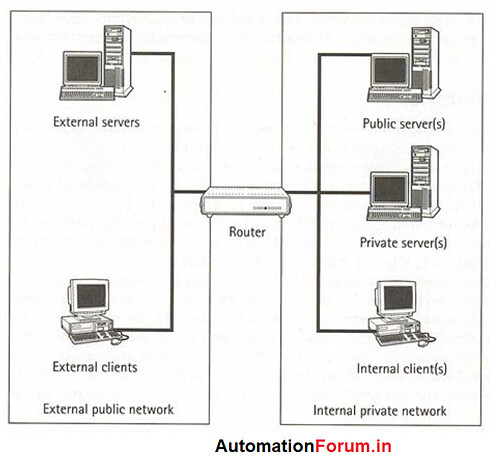