The IC temperature (ICT) transducer is a two-terminal monolithic integrated circuit whose output is a current or a voltage that is directly proportional to temperature T/K. The transduction mechanism utilized in this transducer is the dependence of the base-emitter voltage Vbe of a silicon transistor, on the ambient temperature T/K. 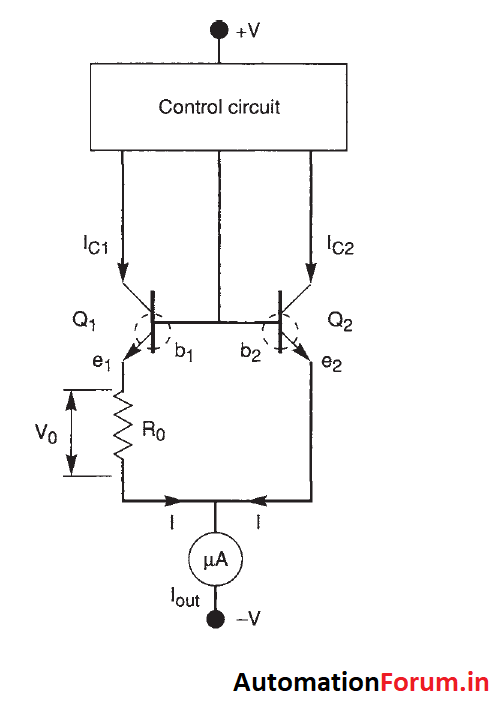 If two well-matched IC transistors are connected as shown in above figure, then the difference between the Vbe’s of the transistors Q1 and Q2 is proportional to T, if the ratio of the respective emitter areas O is constant. It is made constant by designing the emitter areas of Q1 and Q2 to be in a fixed ratio and operating them at equal collector currents. 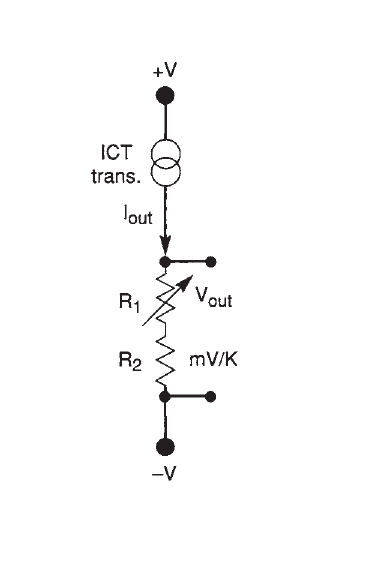 I out is then proportional to T/K if R0 is constant. In practice, R0 has a very small temperature coefficient of resistance. The transducer is connected in series with R1 and R2 to produce a voltage drop proportional to T/K. The ICT transducer operates in the range -55 to +150°C with very good linearity.