In hydraulic operations, it is necessary to control the speed of the actuator so as to control the force, power, timing and other factors of the operation. Actuator speed control is achieved by controlling the rate of flow into or out of the cylinder.

Hydraulic circuits generally have a dedicated power supply dimensioned to meet the cycle time, so flow limiters are unnecessary. The physical dimensions are usually set for an actuator, so speed is controlled by adjusting the fluid flow to the actuator. The speed of the rotary actuator can also be controlled by modifying the angle of the oscillating plate. 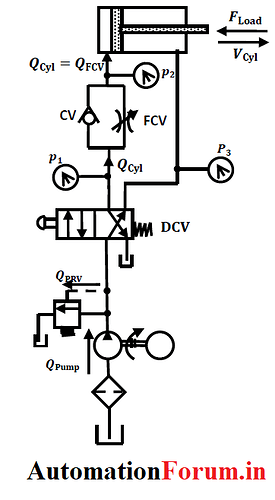 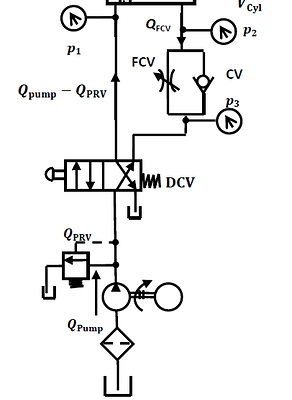 Both the meter-in and meter-out circuits mentioned above perform the same operation (control the speed of the extending stroke of the piston), even though the processes are exactly opposite to one another. 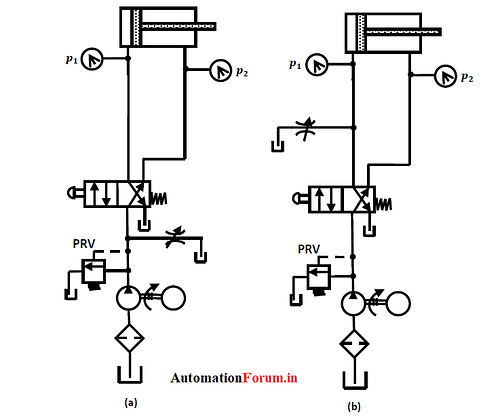 The bleed-off circuit is less commonly used compared to the above two. To slow down the actuator, some of the flow is bleed-off through the flow-control valve into the tank before it reaches the actuator. This reduces the flow into the actuator, thereby reducing the speed of the extend stroke.

The main difference between a purge circuit and a meter input and output circuit is that in a purge circuit, opening the flow control valve decreases the speed of the actuator, whereas, in the case of an input/meter meter-out circuit, it’s the other way around.

To know more about Control valve check the link below https://automationforum.co/?s=control+valve