How to select a VFD? 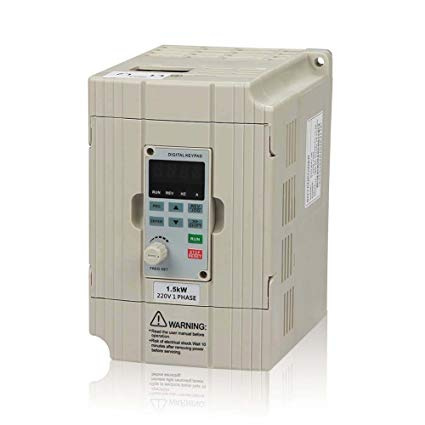 VFD is Variable Frequency Drive used to control the voltage to the motor to regulate the speed of the motor. A VFD is chosen mostly based on the applications and also VFD can be selected based on the specifications.

Mostly used for centrifugal pumps, blowers and fans. These AC motors have a speed-torque characteristic that varies as the square of the speed. The torque required to operate a pump or fan is very low until it starts to approach its base speed, this must be considered as variable torque application.

Constant Torque applications require a constant level of torque throughout a process regardless of different speeds. These AC motors can develop the same torque at each speed, thus power output varies directly with speed. Constant torque application is for industrial use such as the conveyor, mixer, elevators, feeders, hoists, and bottling machines.

Constant Power applications are run at synchronous speed. Even if the torque and speed change the power delivered stay constant. For example the motor pump, grinder.

We use the HP and current to properly size the VFD. It is important to know the HP of the motor to search the VFD.

Full load amps should be used with HP in sizing a drive. You should compare the engine FLA with the amperage rating of each VFD you are considering. This is an area in which being conservative is worthwhile and you will want to give your application a bit of cushioning that matches the amp rating

VFDs are generally based on the standards of a 4-pole 1800 RPM motor. The large key is again looking at HP and FLA to determine the correct size of the unit. Lower RPM motors will generally have a higher FLA that should be reflected on the nameplate.

The speed range of the motor should be known for those who select the VFD because the motor that runs under 20% of its specified maximum speed allowed will overheat. An additional cooling system should be implemented for such purpose.

With 2-wire control, only one switch is used to run the variable frequency drive. The switch makes ON/OFF the motor. There is another switch to reverse motor.

With 3-wire control, two switches are used to run the drive. One switch to RUN and other to STOP the motor and there another one to reverse the direction.

It is important to know the thermal overload settling of the motor. Is the motor a TEFC, Fan Cooled or another type of motor, these are settings we need to know in programming the drive. Improper settings can cause alarms in the VFD.