HOW RESTRICTED EARTH FAULT PROTECTION CAN BE USEFUL

Restricted earth fault relays are used for the protection of equipment against earth faults these are differential relays it is mainly used for the protection of the delta-wye transformers. Earth faults can occur at any time so we need to take precautions for it. Earth fault is the fault between the conductor and the earth, it can also cause by the insulation breakdown if any fault occurs, it will cause the short circuit current to flow through the system and this current will return through the equipment or the earth and it will make the equipment damage and this can also cause the interruption of the supply 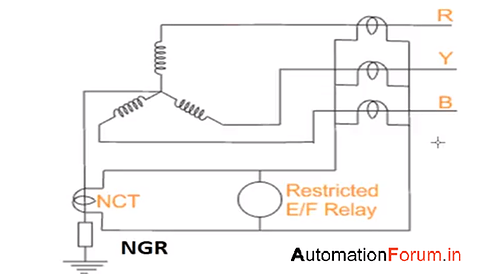 It won’t sense any faults outside the restricted area